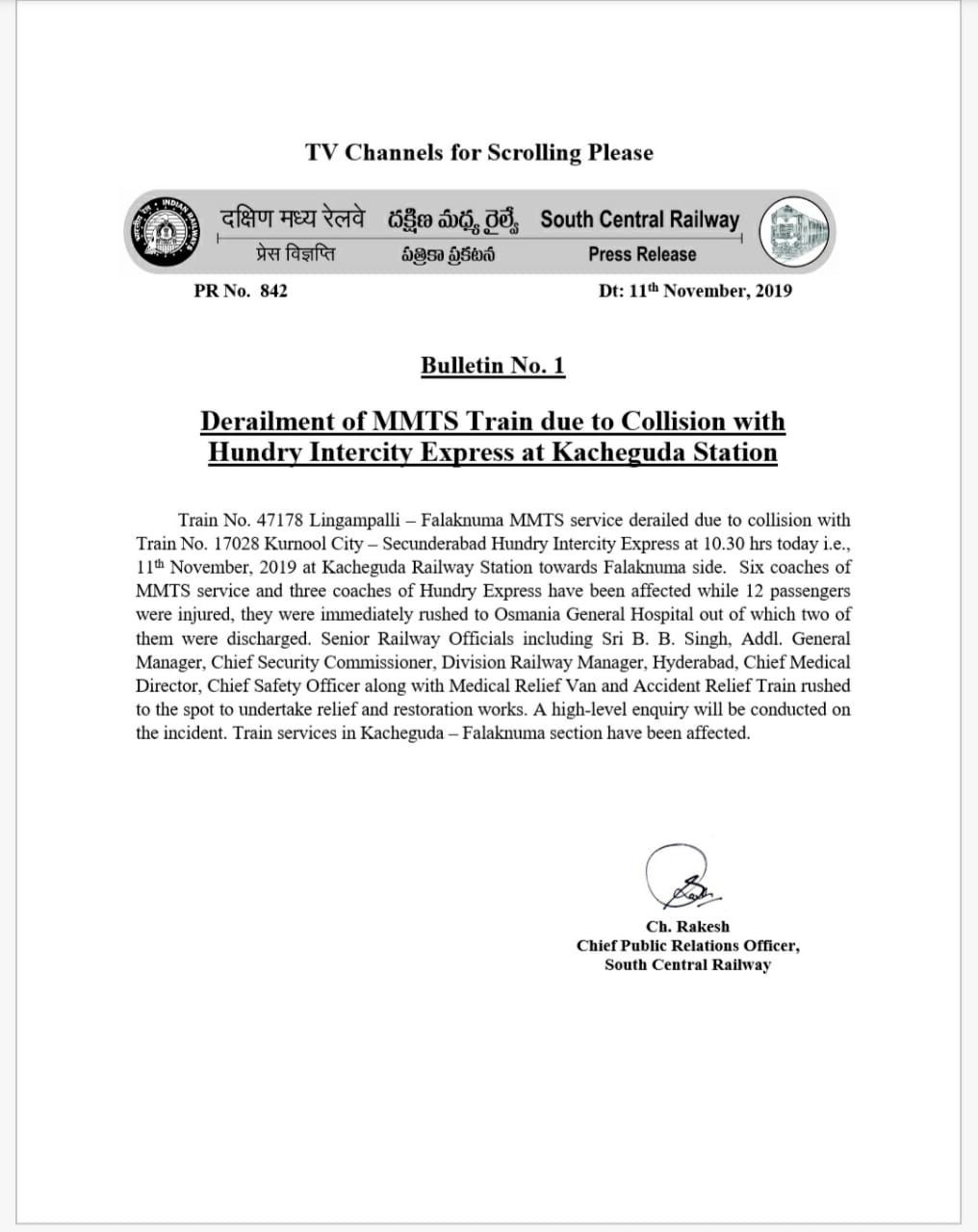 Reports claimed that he mishap took place due to a fault in the signal. Meanwhile, the injured have been shifted to Osmania General hospital. Of the total 10 injured, two have been discharged and others are undergoing treatment.

Train services in Kacheguda and Falaknuma section have been affected. 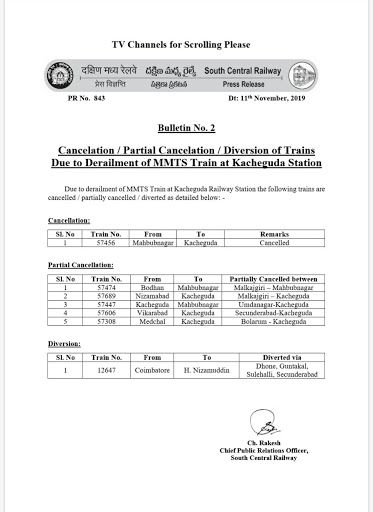 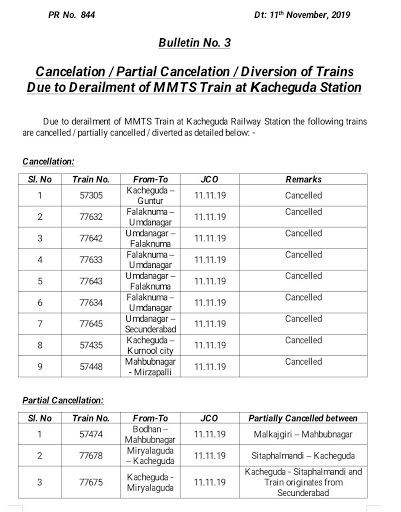 Taking to micro-blogging site Twitter, Union Railways Minister Piyush Goel asserted that he had directed the relevant authorities to offer all possible assistance.

“Received the tragic news of the train accident in Hyderabad & immediate instructions have been given to the authorities for assistance & monitoring. Railway administration is extending assistance & have made arrangements for the treatment of the injured at the accident site,” Goyal tweeted.

A high-level inquiry into the collision has also been ordered.