‘We Saw Bombs Being Shelled’: Eyewitnesses Give Account of IAF Strike Across LoC in Pakistani Side

Eyewitnesses, living in villages on the Indian side near the LoC, gave account of the aerial strike carried out by the Indian Air Force jets.

New Delhi: Combat jets of the Indian Air Force bombed terror camps at multiple locations across the Line of Control on the Pakistani side in a pre-dawn strike on Tuesday, 12 days after the Pakistan-based terror group, Jaish-e-Mohammed carried, out the Pulwama attack in Kashmir. Also Read - Jammu And Kashmir: Pakistan Violates Ceasefire In Rajouri District, Army Jawan Martyred

The Mirage 2000 fighter jets pounded JeM terror camps in Balakot, Muzaffarabad and Chakothi in the well-planned strike, destroying the camps. According to reports, around 300 terrorists are believed to have been neutralised in the major action by the IAF across the Line of Control. Also Read - Pakistani Groom Receives AK-47 Rifle As Wedding Gift From Mother-in-Law, Video Goes Viral | Watch

Eyewitnesses, living in villages on the Indian side near the LoC, gave account of the aerial strike carried out by the Indian Air Force jets, decimating terror launch pads of Jaish at various locations.

“Sounds of planes continued throughout the night. After that, sounds of firing started. We live near the border so we have to get up. We did not sleep after 2 am, we saw the bombs being shelled and heard the sounds,” said Abdul Rehman, an eyewitness. 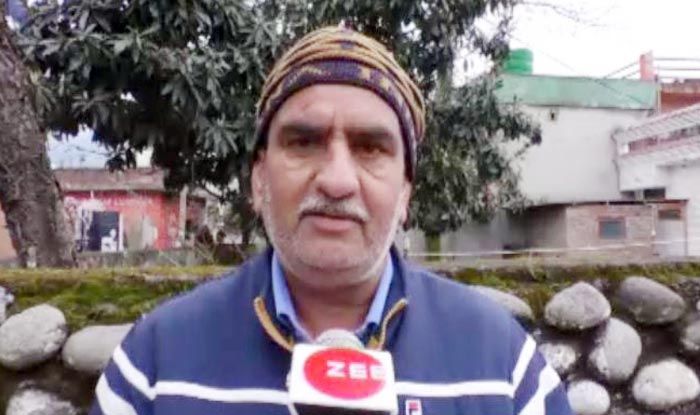 Narendar Kumar, a resident of Mendhar in Poonch district, said, “Around 3 am in the morning, we heard sounds of planes. We continued to hear them till 7 in the morning. At 8 am, we came to know that surgical strikes have happened.”

Raja Mohammad Sharif, another resident of the same village, lauded the Indian Army, saying that the sacrifices of security personnel will not go it vain.

“At around 3.30 am, we heard sounds of planes. We also heard sounds of bombs being dropped. We are happy that the Indian Army has come into action. The sacrifices of our jawans shall not go in vain,” he said.