#IIT-Madras ban: India – no country for free speech and dissent

Most Indian governments, irrespective of the ideology they espouse, have a trigger happy attitude towards banning stuff. 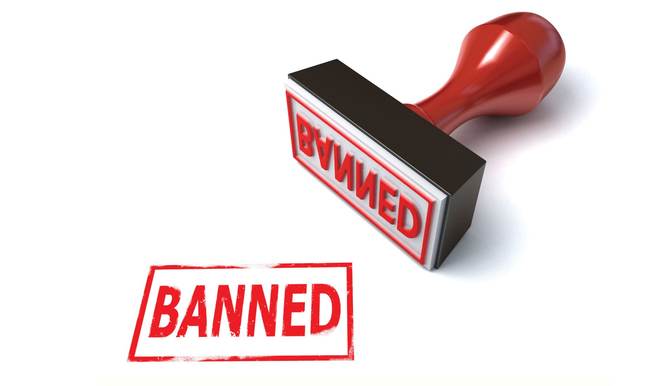 Most Indian governments, irrespective of the ideology they claim to espouse, have a trigger happy attitude towards banning stuff. They have all treated the nation, the same way Kiran Bedi treats her personal Twitter account, blocking/banning anything unpalatable.  They somehow live under the delusion that if something’s not to their liking, banning it will somehow solve the problem because, hey, if you don’t read about it, then it simply didn’t happen right? While that might have been true in a bygone era, unless the GOI is willing to go the China or North Korea way, they cannot muzzle dissent without looking like idiots. Also Read - Connecting India: PM Modi Flags Off 8 Trains to Statue of Unity | Check Full List, Routes And Timings Here

Now before all the anti-BJP supporters (AAP, Congress, Modi haters, etc.) get their panties in a bunch trying to explain how Modi’s to blame for this state of affairs, the truth is that muzzling dissent is how this ‘democracy’ has functioned since it gained independence, a tendency that peaked during Indira Gandhi’s Emergency in 1975. How else do you explain the need to have ‘reasonable restrictions’ to freedom of expression in the Indian constitution?  Also Read - UK Invites PM Modi to Attend G7, Boris Johnson Expected to Visit India 'Ahead Of Summit'

It’s just sad to see the Modi government, which was supposed to ‘different’ and belongs in a different era, behave like its predecessors. Currently, it seems like the only way we’ll achieve ‘Acche Din’ is by banning everything remotely unpalatable. The most recent ban is against a discussion forum for students at IIT, Madras following an anonymous complaint for spreading ‘hatred’ against PM Narendra Modi by mobilising SC/ST students to question the government policies on the use of Hindi and the ban on cow slaughter. Also Read - Vaccination Against COVID-19 Begins in India, Bailey Bridge on Jammu-Srinagar Highway Opens After 1 Week: Top Headlines at This Hour

According to a report in the Times of India, the decision to ban the group came after the ministry of human resource development (MHRD) made an inquiry regarding an anonymous complaint it had received about the activities of the Ambedkar Periyar Student Ciricle (APSC) on the campus. The complainant had enclosed one of the pamphlets which reproduced a speech which criticised the Modi government and its policies. This moved Prisca Matthew, undersecretary to the GOI, to write a letter to the IIT director which read: ‘I am directed to forward herewith a copy of anonymous letter alleging serious complaints received from students, IIT-Madras along with pamphlet issued by Ambedkar-Periyar study circle on the above mentioned subject and to request that comments of the institute may please be sent to this ministry at an early date.’

According to the same article, the IIT dean (for students), Sivakumar M Srinivasan, then sent an email to the group telling them they’d been derecognised. Understandably, this caused a lot of heartburn among the students, one of whom was quoted saying:  ‘We object to the fact that the dean has derecognized our study circle unilaterally without giving us a fair hearing and an opportunity to represent ourselves. In our interaction with the dean of students, we have been told that our study circle engaged in ‘controversial activities’ and violated the code of conduct of independent student bodies. We are clear in our stand that we have not misused any privileges given by the institute.’

Hopefully, the Government of India will realise that by muzzling dissent, they’re acting like the colonial rules our freedom fighters fought against. You cannot have a democracy without dissent and there’s nothing wrong with having diverse views. British philosopher John Stuart Mill had famously said: ‘If all mankind minus one, were of one opinion, and only one person was of the contrary opinion, mankind would be no more justified in silencing that one person, than he, if he had the power, would be justified in silencing mankind.’ This is a democracy, and a democracy does not push the will of the majority on the minority. Or force the minority from shutting up.

PS – Here’s a reimagination of Rabindranath Tagore’s Where the Mind is Without Fear,

Where the Government bans without fear

Where the Government is without fear and no one is high,

Where bans are commonplace,

Where the world has not seen anything untoward

Because everything has been banned

Where the clear stream of reason, has lost its way,

Because politics and reasons just don’t go together.

Where the leaders are led forward by thee

From that hell of servitude, my Father, let my country awake.