Cyclone Vayu is expected to make landfall on the Gujarat coastline early Thursday morning. As many as 3,00,000 people are being shifted to safer places. Follow our live blog for all updates.

The Union Home Ministry on Tuesday issued an advisory aimed at minimising damage to vital infrastructure and ensuring early recovery of all essential services after the cyclone makes landfall. It also advised timely evacuation of people from low-lying coastal and vulnerable areas, keeping in tow of which as many as 3,00,000 people are in the process of being shifted to safer places. Also Read - Cyclone Jawad To Weaken Into Deep Depression, Says IMD; Odisha, Andhra Begin Evacuation | Key Points

Western Railway: 30 more mainline trains have been cancelled, as a precautionary measure in the cyclone prone areas. #CycloneVayu https://t.co/2bzr74s8yZ

#WATCH Gujarat: High tides and strong winds at the Chowpatty beach in Porbandar ahead of the landfall of #CycloneVayu, expected tomorrow. pic.twitter.com/NZkMNSTs7k

#WATCH Gujarat: Strong winds and dust hit the Somnath temple in Gir Somnath district ahead of the landfall of #CycloneVayu, expected tomorrow. pic.twitter.com/CgVFYJvpeH 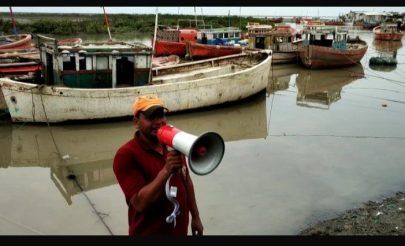 Gujarat: Evacuation from Navlakhi, Morbi and Kandla Port in Gandhidham.

IMD: It is very likely to move nearly northwards & cross Gujarat coast between Porbandar & Mahuva around Veraval & Diu region as a very severe cyclonic storm with wind speed 140-150 kmph to 165 kmph around morning of 13 June. https://t.co/3Xqr6khUAT

Kutch: #CycloneVayu is expected to make a landfall in #Gujarat tomorrow morning. Tourists visiting Dwarka, Somnath, Sasan, Kutch, have been advised to leave for safer places after the afternoon of 12 June pic.twitter.com/9zPSoZFJZ2