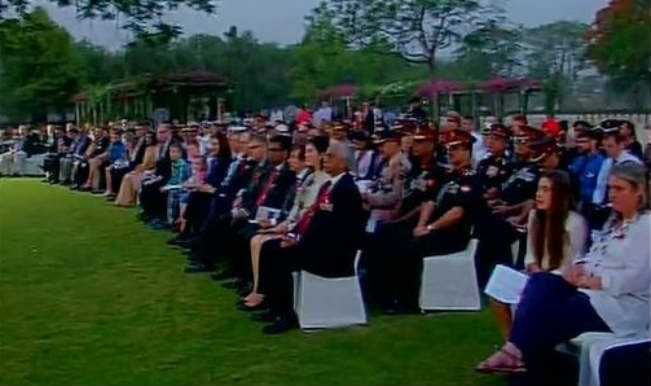 Following the Service, a traditional ‘diggers’ breakfast will be served on the lawns of the Australian High Commission to those who have attended the service. Two photographic exhibitions commemorating the role of India, Australia and New Zealand in World War I will also be launched today at the Australian High Commission here. The exhibitions will be on till May 2. The exhibitions pay tribute to the centenary of the Gallipoli Landings on April 25, 1915 – and 100 years of shared military co-operation between the three nations. Also Read - Amarinder pays homage at Remembrance Day event in Punjab

Delhi War Cemetery was created in 1951 when graves from many cemeteries in India were moved into the site to ensure their permanent maintenance. Among them are graves from cantonment cemeteries in Allahabad, Dehra Dun and Lucknow. There are now 1,022 Commonwealth casualties of the Second World War buried, or commemorated by special memorial in this cemetery. More than 75,000 British India troops died in the First World War, while the Second World War resulted in around 87,000 Indian casualties. (ANI)