The strike came 12 days after Jaish-e-Mohammed carried out the dastardly Pulwama attack in Kashmir, which claimed lives of 40 CRPF jawans.

The fighter jets pounded JeM terror camps in Balakot, Muzaffarabad and Chakoti in the well-planned strike, destroying the camps. Government sources said that around 300 terrorists were neutralised in the action by the AIF. Also Read - This Pakistani Artist Got Arrested by Lahore Police For a Bizarre Reason, Twitter Calls it 'Shameful'

“This was an intelligence-based counter-terror strike not a military action for sake of war. Have demolished entire terror set up in the suicide bombing training centre in Balakot, and over 300 terrorists were eliminated in the covert operation by Indian Air Force,” ANI quoted sources as saying. 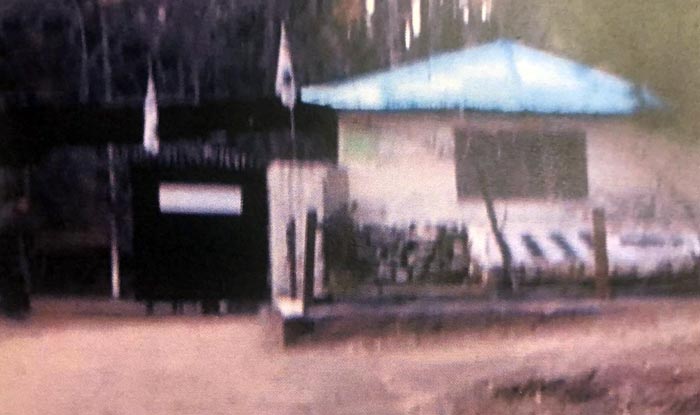 Hundreds of Fidayeen and their trainers were shifted from Pakistan Occupied Kashmir to a five-star, resort-style camp in a hilltop forest in Balakot after the Pulwama attack, providing Indian forces with “a sitting duck target” when they carried out an air strike early Tuesday, killing up to 350 terrorists, PTI quoted sources as saying.

According to WION, PM Modi supervised and was present in the situation room at South block when the strike happened. Sources said multiple options were given with Air Chief Marshal preparing the entire plan.

The target was identified around February 20 and 21st with the Army/Air Force doing the air surveillance along the LoC. Overall, 2 Mirage squadrons with 12 jets were selected for operation.

Giving details of the “intelligence led operation” at a news conference here, Foreign Secretary Vijay Gokhale said credible intelligence was received that the JeM was planning to carry out other suicide attacks in India after the Pulwama bombing.

“Credible intelligence was received that JeM was attempting another suicide terror attack in various parts of the country, and the fidayeen jihadis were being trained for this purpose. In the face of imminent danger, a preemptive strike became absolutely necessary.

“In an intelligence-led operation in the early hours of today, India struck the biggest training camp of JeM in Balakot,” Gokhale said.

“In this operation, a very large number of JeM terrorists, trainers, senior commanders and groups of jihadis who were being trained for fidayeen action were eliminated.”

It was not clear if the strikes were on Balakote in Pakistan-occupied Kashmir or Balakot in Pakistan’s Khyber Pakhtunkhwa province. Gokhale also did not give details of how the attacks were carried out or confirm earlier reports by sources that Mirage aircraft were used to drop bombs in the operation.

Among those targeted in the strike was Yusuf Azhar alias Mohammad Salim alias Ustaad Ghouri – the brother-in-law of JeM chief Masood Azhar. He was on the Interpol list and among the most wanted in India. They also included Maulana Ammar, associated with Afghanistan and Kashmir operations, and Maulana Talha Saif, brother of Masood Azhar and head of the preparation wing.

The facility at Balakot, located in a thick forest on a hilltop far away from civilian presence, was headed by Ustad Ghouri, Gokhale said, reading out from a statement.

JeM's Yusuf Azhar alias Mohammad Salim alias Ustaad Gohri who was targeted today by IAF #airstrike in Balakot across LOC was on the Interpol list and among the most wanted in India. pic.twitter.com/1eTj8FhFMJ

Baffled over the surprise action by the Indian Air Force, Pakistan Foreign Minister Shah Mahmood Qureshi said India has committed “aggression” by violating the Line of Control(LoC) and Islamabad has “right to respond”.

In Islamabad, Qureshi briefed Prime Minister Imran Khan after an “emergency meeting” with high-level officials at the Foreign Office (FO) for consultations.

“Facing timely and effective response from Pakistan Air Force released payload in haste while escaping which fell near Balakot. No casualties or damage,” Ghafoor said in a tweet.

The pre-emptive strikes were hailed by leaders of various political parties with the BJP asserting that Prime Minister Modi’s political will has made the difference while Congress chief Rahul Gandhi lauded the IAF and saluted its pilots.

“Every Indian who had the pain and anguish of the martyrdom of our forces is greatly relieved and delighted this morning. Salute to the Air Force for a meticulous operation. Our forces are world class anyway. It is the political will of our PM and team that made all the difference,” BJP general secretary Ram Madhav said.

National Conference leader Omar Abdullah said the strikes carried out by the IAF on JeM camps is a “totally new ball game” as it was for the first time that air power was used during peacetime to hit terrorist targets in the neighbouring country.