India and China are "natural partners for cooperation" as the world's two largest developing countries share the common goal of upgrading their national economies, said a Chinese daily 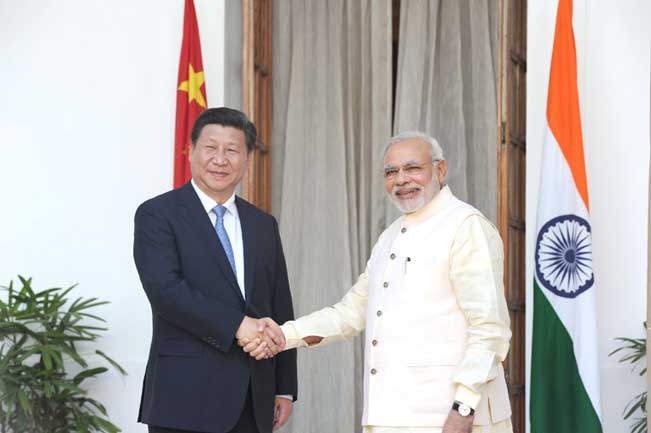 Beijing, Sep 19: India and China are “natural partners for cooperation” as the world’s two largest developing countries share the common goal of upgrading their national economies, said a Chinese daily Friday as the leaders of the two countries signed agreements worth $20 billion in New Delhi and favoured an early resolution of bilateral issues, including settlement of the boundary question. Also Read - ECB Terminates Players' Contracts For The Hundred

“Compared with the enormous potential, the present volume of China-India trade, even after the ‘blowout growth’ in recent years, is a mere tip of iceberg,” the daily added. The report said the Chinese audience at home were delighted to see the leaders of the two countries sitting shoulder to shoulder on a swing, and the two trying their hands at Mahatma Gandhi’s charkha at Sabarmati Ashram.

“Xi’s visit goes far beyond business pragmatism. The personal rapport Xi and Modi displayed together may end up outweighing all business deals.”  Highlighting the trust deficit between the two countries, the report said that despite their similar past experiences and common attitudes to global affairs and development, India and China had grudgingly reaching out to each other. But “the bonhomie shown by Xi and Modi” was an “inspiring sign”, it added.

“Their agreement to bring the border issues, a historical burden, under control and to search for an early solution via talks will help build that mutual trust. And their strategic insights in global arena correlate one another,” the daily said.