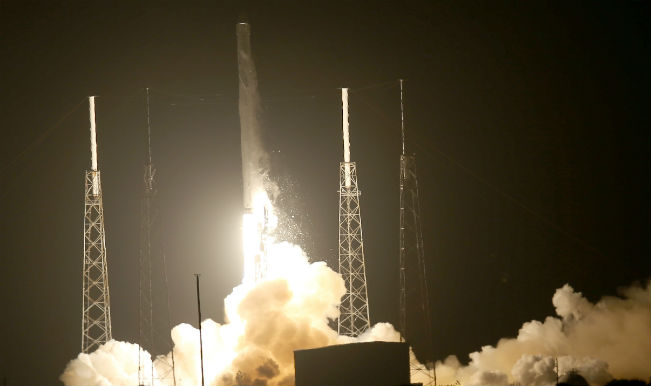 India Monday became the first Asian country to enter the Martian sphere of influence after its spacecraft swung into the gravitational pull of Mars. “Our navigators’ calculation shows that our Mars Orbiter Mission (MOM) has entered the gravitational sphere of influence of Mars around 9 a.m.,” a senior Indian space agency official told IANS here. Also Read - School Bus-Sized Asteroid to Zoom Past Earth Today, NASA Says There is Nothing to Worry

The MOM is currently cruising in the Sun’s orbit on its voyage to the red planet’s orbit Wednesday. The 475 kg (dry mass) spacecraft with five scientific experiments to explore the celestial planet was programmed Sep 15 for the fourth course (trajectory) correction Monday afternoon (2.30 p.m.) to ensure its smooth insertion into the Martian orbit Sep 24 from sun orbit.

“We will also test fire the spacecraft’s main liquid fuel engine for nearly four seconds to reactivate, as it was shut down after its trans-Mars injection over nine months ago (Dec 1) into the sun orbit for its voyage through the inter-planetary space,” Indian Space Research Organisation (ISRO) Scientific Secretary V. Koteshwara Rao said.

As the fourth planet away from sun, Mars is the second smallest celestial body in the solar system. Named after Roman god of war, it is also known as red planet due to the presence of iron oxide in abundance, giving it a reddish appearance.

Co-incidentally, America’s spacecraft Maven (Mars Atmosphere and Volatile Evolution) of the National Aeronautics and Space Administration (NASA) also entered the Martian orbit in the early hours of Monday after a 10-month 442-million mile journey from earth to explore the red planet’s upper atmosphere, its history and climate for human expeditions in future.

“Mars sways human imagination like no other planet in the solar system because its conditions are believed to be hospitable as it is similar to earth in many ways,” ISRO chairman K. Radhakrishnan told IANS in an interview recently. Though both the planets have equal period of revolution around their axis, Mars takes 24 hours and 37 minutes to complete a revolution. Earth takes 365 days to orbit sun while Mars 687 days to move around sun.

The speed of the spacecraft will also be reduced by 2.14 metre per second from 22.2km per second for enabling the smooth transition into the Martian orbit. “Mars mission is a major step forward in our space programme and a turning point for us, as India will foray into the vast inter-planetary space for the first time with an indigenous spacecraft to demonstrate our technological capabilities,” Radhakrishnan asserted.

Prime Minister Narendra Modi is scheduled to witness the historic occasion when the spacecraft (Orbiter) will be inserted into the Martian orbit at 7.30 a.m. at a distance of 423 km from its surface and 215 million km away (radio distance) from earth. The Rs.450-crore ($70 million) ambitious mission was launched Nov 5, 2013 on board a polar rocket from spaceport Sriharikota off Bay of Bengal, about 80 km northeast of Chennai.

“India will be the first country in the world to insert a spacecraft into the Martian orbit in a maiden attempt if the operation succeeds,” Rao claimed from the mission’s control centre at the space agency’s telemetry, tracking and command network (Istrac), 20 km from this tech hub.

The state-run ISRO will be the fourth space agency after National Aeronautics and Space Administration (NASA) of the US, Russian Federal Space Agency (RFSA) and European Space Agency to have undertaken a mission to Mars.