India to seek re-election to UNHRC next month

India will seek re-election to the UN's main human rights body for a second consecutive term in a vote to be held next month. India is currently a member of the 47-nation UN Human Rights Council and its term ends on December 31, 2014 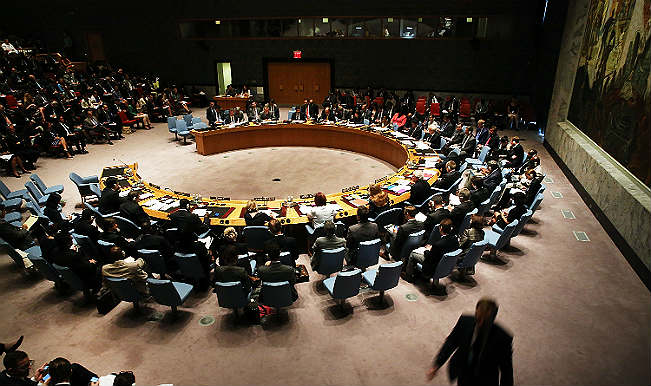 United Nations, Sep 23: India will seek re-election to the UN’s main human rights body for a second consecutive term in a vote to be held next month. India is currently a member of the 47-nation UN Human Rights Council and its term ends on December 31, 2014. It is seeking re-election to the UN body for the period of 2015-17 and?the elections will be held in October during the ongoing 69th session of the UN General Assembly, according to the Indian mission to the UN here. Also Read - China, India Must Not Unilaterally Change Border Situation Along LAC: MEA Insists Ahead of Bilateral Talks

India will compete in the Asia group in which four seats will be up for election. The other countries in the Asia group that will be candidates in the election?are Bangladesh, Qatar, Thailand and Indonesia. “The support of member states for India’s candidature in the Human Rights Council elections would be greatly appreciated,” a note from the Indian mission said. The Council members are elected for a period of three years by the majority of members of the General Assembly through direct and secret ballot. Also Read - Sputnik V: World's First COVID-19 Vaccine Now Available to Public in Russia, Claim Reports

They have the?ability to discuss all thematic human rights issues and situations that require its attention throughout the year. Last year, the General Assembly had elected 14?countries, including China, Saudi Arabia and Russia to serve on the Council. According to the Council website, the General Assembly takes into account the candidate states’ contribution to the promotion and protection of human rights,?as well as their voluntary pledges and commitments in this regard.

While members of the Council serve for a period of three years, they are not eligible for immediate?re-election after serving two consecutive terms. The Council’s Membership is based on equitable geographical distribution, with 13 seats each for African and Asia-Pacific states, eight seats for Latin?American and Caribbean states, seven for Western European and other states and six for Eastern European states.