Indian-American Singer Neel Nadkarni on Becoming the Next Enrique Iglesias

Neel Nadkarni may have a degree in business administration, but for this young musician, making music isn’t about business—it is a labor of love. 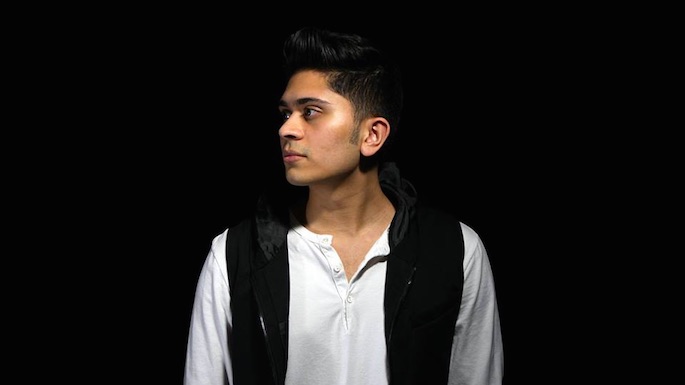 Neel Nadkarni may have a degree in business administration, but for this young musician, making music isn’t about business—it is a labor of love. Also Read - Music Producer Turns Kajol's 'Gamla Scene' from K3G into New Song; Video Goes Viral

Nadkarni, a 22-year-old recent graduate of Carnegie Mellon, is using his passions— which include singing, dancing and his Indian heritage—to create a presence in the music industry that blends the best of East and West. His ultimate goal?To become the Indian Enrique Iglesias. Also Read - Incredible! Dancer from Arunachal Performs by a Roadside to Raise Money for Street Musicians

“I definitely want to be one of the leaders of the space of this Indian/Western mix of music. I love singing in Hindi and English, and now even full Spanish songs are becoming hits—why can’t it be done with Hindi?” Nadkarni asks.

Music has always been a huge part of Nadkarni’s life, thanks in no small part to his family’s influence. “My childhood was filled with joy, laughter, and, of course, music,” Nadkarni said. “My parents love music and our house (and car and trips) were filled with good music. I was always encouraged to sing, along with my brother and sister, who also sing and dance.”

Nadkarni’s training started at home. “When I was 3, my dad taught me a song — I’d learn a few lines each time he’d give me a bath — and I performed it on a pretty big stage while beating on the tabla and singing my heart out,” he said. “At the age of 5, my parents enrolled me in voice lessons. I also learned violin, keyboard, harmonium, piano, tabla, guitar, and drums along the way.”

The New Jersey native calls the piano and the harmonium his “main instruments,” a sure sign that blending of Eastern and Western music is his trademark.

“I used to listen to music ranging from Zakir Hussain’s tabla solos to Boyz II Men to Mohammad Rafi to Justin Timberlake and Usher. I appreciate good music, irrespective of the genre, and whatever I could get my hands would go in my ears,” Nadkarni said. 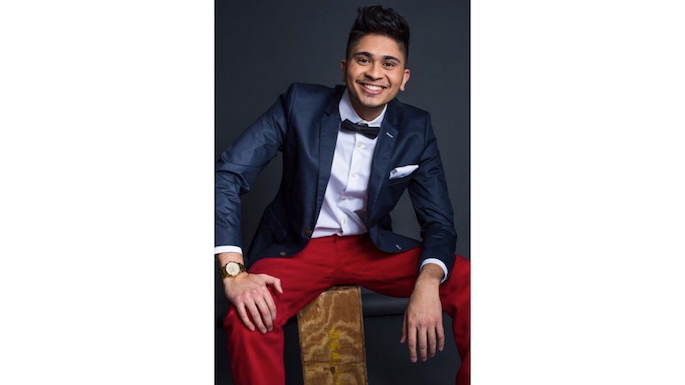 When asked whether his undergraduate education played any part in his musical success, Nadkari gave us an interesting answer. “No, actually,” he said. “I realized that if you make music about the money then it won’t come out properly. So I just create music for my pleasure and for others  — but something that other people will naturally like, not just for selling.  I’m sure later on I’ll have to use what I learned in school to brand my music and other things I plan to do, but for right now it’s all about what I can produce that’s my own and shows who I am.”

For Nadkarni, breaking into a notoriously difficult industry has been, by his own admission, amazing. “I know people say it’s competitive, but I try to not see it that way. I sing and create music to make myself and others feel better. As long as I get to do that, I’m happy,” he said. 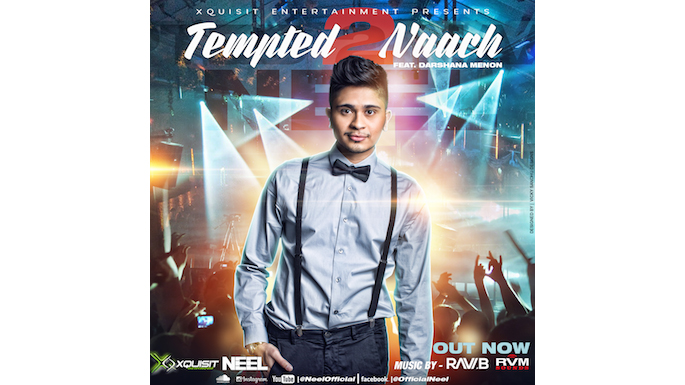 To date, Nadkarni’s biggest musical success has come in the form of the song “Tempted 2 Naach,” a compulsively catchy dance track that mashes together existing Hindi and English songs into a medley.

“All songs are about dancing and having a good time, hence the name, ‘Tempted 2 Naach,'” he said. “I like the idea of incorporating many songs into one to create a cool mash-up/medley.”

But despite the success of this up-tempo song, Nadkarni insists that he’s more of a balladeer. In typical fashion, Nadkarni said he wants to try his hand at making all kinds of music, which is exactly what one might expect from an artist who harnesses elements of so many different places and genres so effectively.

“I love all types of music and genres. I don’t want to limit myself to any specific type of song,” he said. “Being an Indian raised in the U.S., I have been surrounded by both cultures and types of music. And a lot of my training has been in Indian Classical music. I’ve also been trained in Western classical (opera) and that gives me a unique perspective on things because I am able to think from both sides.”