The supreme sacrifice of these two brave men only strengthens our resolve to fight all elements inimical to the security of Jammu and Kashmir," the GOC said. 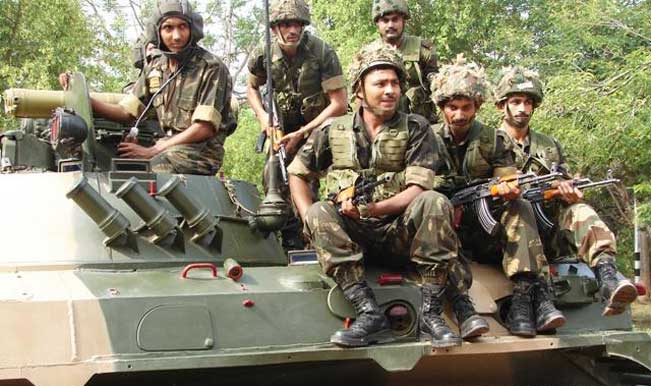 Head Constable Sanjeevan Singh of the Jammu and Kashmir Police was also martyred in Tuesday’s gunfight in which two local guerrillas of Hizbul Mujahideen outfit were killed. The army also honoured the martyred policeman at the ceremony. “They made the supreme sacrifice yesterday (Tuesday) in a daring operation at Tral. The supreme sacrifice of these two brave men only strengthens our resolve to fight all elements inimical to the security of Jammu and Kashmir,” the GOC said. (Read: Republic Day 2015: India, Pakistan troops exchange sweets on R-Day) Also Read - PDP's Waheed Parra Remanded to 15-Day NIA Custody for Alleged Connections with Hizbul Mujahideen

He said Colonel Rai always led his troops from the front. He disclosed Colonel Rai was approached by the father and brother of one of the slain guerrillas with an offer of surrender. “When Rai was hearing them out, the terrorists burst into the scene firing indiscriminately. “The slain militants were identified as Abid Ahmad Khan and Shiraz Ahmad Dar of Hizbul Mujaheedin outfit.

“Col Rai combined bravery with compassion,” the GOC said. Colonel Rai, 39, had been awarded the Yudh Seva Medal for gallantry on this year’s Republic Day. He is the senior most army officer to have been killed in a gunfight in the valley during the last three years. He is survived by his wife, two daughters and a five-year old son.