People along Tamil Nadu's coastal districts affected by the 2004 tsunami paid tearful homage to the thousands who were swallowed by the killer wave on this day 10 years ago. 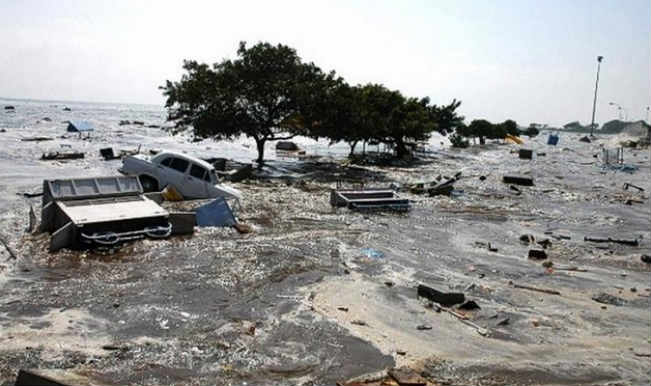 Chennai, Dec 26: People along Tamil Nadu’s coastal districts affected by the 2004 tsunami paid tearful homage to the thousands who were swallowed by the killer wave on this day 10 years ago. Over 8,000 people were killed in Tamil Nadu by the giant wave in 2004. On the 10th anniversary of the tragedy, relatives and friends of those who lost their lives held silent rallies and special services in the tsunami affected areas like Velankanni, Nagapattinam, Cuddalore, Chennai and others. Also Read - School Reopening News: These States to Resume Normal Classes From Next Month | Complete SOPs Here

“Rallies and prayers were held. Fishermen did not go for fishing in Nagapattinam district,” V.Kumaravelu, an activist, told IANS from Nagapattinam. “While people have rebuilt their lives, many did get the central government’s relief amount. The tsunami houses are in a bad condition and many do not even have water connection. This is the major problem now for the people,” he said.