As per reports, timings for the arrival and departure of several trains have been changed. At least 57 trains' timings have been brought forward and some 58 trains' will be late.

New Delhi, Aug 14: The Indian Railways has announced a new timetable for almost 300 Northern Railway trains and the new schedule will come into effect from Independence Day onwards, that is, tomorrow- August 15. As per reports, timings for the arrival and departure of several trains have been changed. At least 57 trains’ timings have been brought forward and some 58 trains’ will be late. Also Read - Taking Trains From or Deboarding at Delhi From June 1? Check Entry And Exit Plans of Stations Here

An Indian Railways statement said, “It is notified for the information of general public that Northern Railways’ new timetable will be effective from August 15.” Also Read - IRCTC Latest News: Railways Issues Guidelines, Makes Screening, Confirmed Tickets Compulsory For Passengers to Board 200 Special Trains From June 1 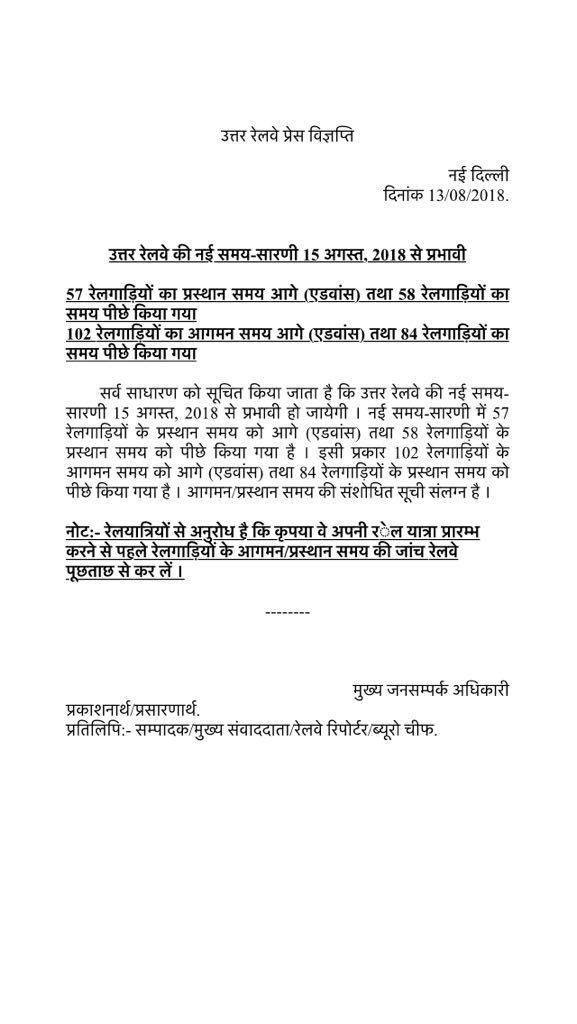 According to the new schedule, at least 102 incoming trains have been preponed and nearly 84 trains’ timings have been moved forward or postponed. 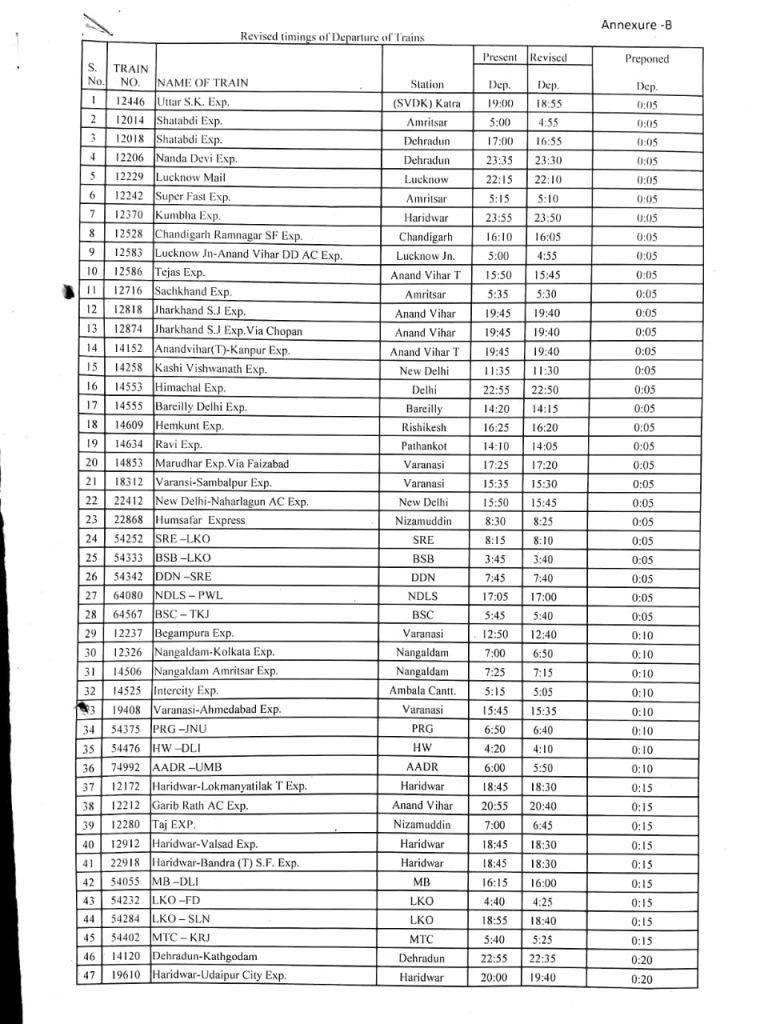 According to the new timetable, the timings of several trains such as- Shatabdi, Lucknow Mail, Tejas Express etc. have been preponed. The difference in the timings ranges from 10 to 15 minutes maximum.

It is advised that passengers check their train timings from railway enquiry before starting their journey. It must be also noted that Indian Railways releases a new timetable every year and informs passengers about the arrival and departure timings of trains.