Cyclone Gulab: Bhubaneswar-Bangalore Prashanti Special, Visakhapatnam-Gunupur Special, Chennai-Puri Special have been cancelled by the the East Coast Railway (ECoR) division due to cyclone ‘Gulab,’ which is expected to make landfall between Southern Odisha and Northern Andhra Pradesh on Sunday midnight.

Cyclone Gulab: In the wake of the cyclonic storm ‘Gulab’, Indian Railways has cancelled, short terminated and diverted several trains for the safety of passengers. A total of 28 trains including Bhubaneswar-Bangalore Prashanti Special, Visakhapatnam-Gunupur Special, Chennai-Puri Special have been cancelled by the the East Coast Railway (ECoR) division due to cyclone ‘Gulab,’ which is expected to make landfall between Southern Odisha and Northern Andhra Pradesh on Sunday midnight.Also Read - IRCTC Latest News: Railways Converts Express Trains Into Superfast Express | Full List Here

The Odisha government has already mobilised men and machinery, and launched an evacuation drive in seven identified districts in the southern parts of the state.
As many as 42 teams of the Odisha Disaster Rapid Action Force (ODRAF) and 24 squads of the National Disaster Response Force (NDRF), along with about 102 teams of fire brigade personnel, have been dispatched to the seven districts — Gajapati, Ganjam, Rayagada, Koraput, Malkangiri, Nabarangpur and Kandhamal, Special Relief Commissioner (SRC) P K Jena said. Also Read - Step-by-Step Guide on How to Create a New IRCTC Account to Book Train Tickets

Ganjam is expected to be severely affected by the cyclonic storm, and 15 rescue teams have been deployed in that area alone, Jena said, adding that 11 fire service units, six teams of the ODRAF and eight of the NDRF are on standby for emergency purposes Also Read - Indian Railways Runs Festival Special Trains Between Mumbai, Nagpur And Pune - Bookings Start Today 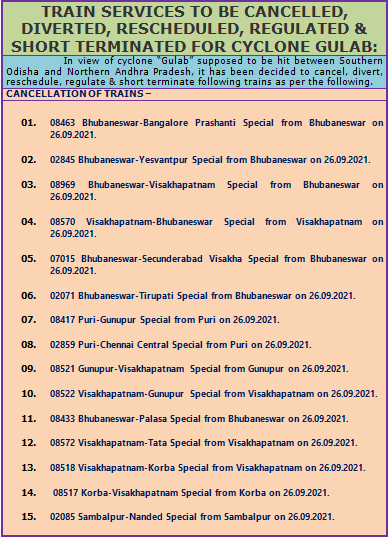 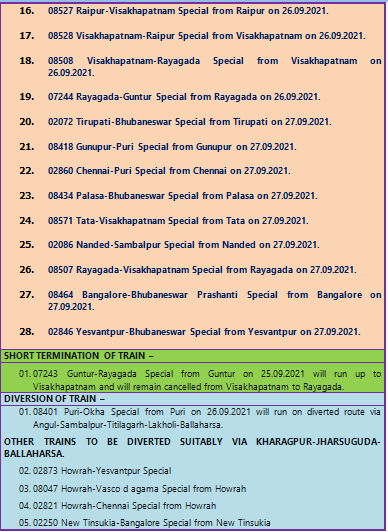 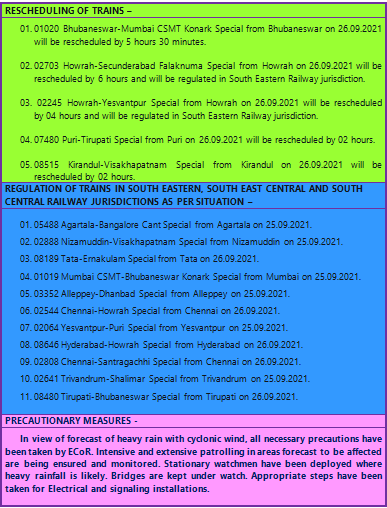 The cyclone, the second to hit the state in four months, lay centered about 140 km east-southeast of Gopalpur and 190 km east-northeast of Kalingapatnam.  It is likely to move nearly westwards and cross north Andhra Pradesh-south Odisha coasts with maximum sustained wind speed of 75-85 kmph gusting to 95 kmph, around midnight of today.

Over the next three days, the sea condition will be rough to very rough and fishermen in Odisha, West Bengal and Andhra Pradesh have been asked to not venture into east-central and adjoining northeast Bay of Bengal and Andaman Sea, said IMD.