"If we get any requirement from any state govt authority, we are also prepared to run trains within the state", said  Yadav.

New Delhi: In a big relief to those stranded due to COVID-19 lockdown, Indian Railways on Saturday said that around 2600 trains will run in next 10 days. Speaking to reporters, Railway Board Chairman Vinod Kumar Yadav, asserted that 36 lakh people are likely to travel by these trains.  “If we get any requirement from any state govt authority, we are also prepared to run trains within the state”, said  Yadav.Also Read - Attention Train Passengers! Now You Can Change Your Boarding Station Online After Booking Tickets. Here's How

The development comes days after the Railways announced that 200 special passenger trains will run on the pattern of regular trains from June 1, covering tier 2 cities and also major state capitals like Mumbai, Kolkata. Also Read - Train Services Between India and Bangladesh to Resume from May 29. Check Schedule and Timings 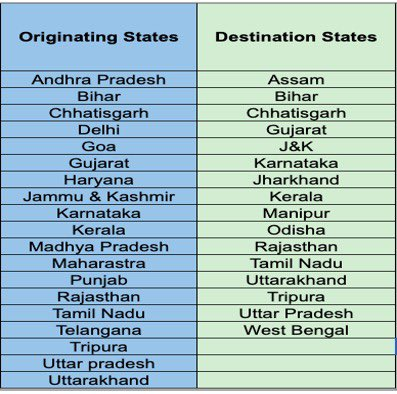 Speaking about Shramik special trains that were started on May 1, Yadav said that 80% of the train journeys have been undertaken by the migrant labourers of Uttar Pradesh and Bihar.  “Free meals & drinking water being provided to all the passengers. Social distancing & hygiene protocols being followed in trains & stations”, he added.

Responding to a letter sent by the West Bengal government seeking stalling of all migrant trains to the state till May 26 due to Cyclone Amphan, Yadav said it was due to a natural calamity and things will be back to normal soon. “The West Bengal chief secretary wrote to me that restoration work is underway and they’ll tell us soon when they will be able to receive the trains. As soon as they give us clearance, we’ll run trains to West Bengal,” he said.

On being asked why certain trains were being diverted to longer routes, Yadav asserted since most of the migrant special trains were terminating in Uttar Pradesh and Bihar, the railways has decided to take decongested albeit longer routes to operate these trains. “This method is employed even during normal times to avoid congested routes,” he said.