DIAL also said that a team from the directorate, Bhaba Atomic Research Centre and the National Disaster Management Force were at the site making arrangements for the removal of the material. 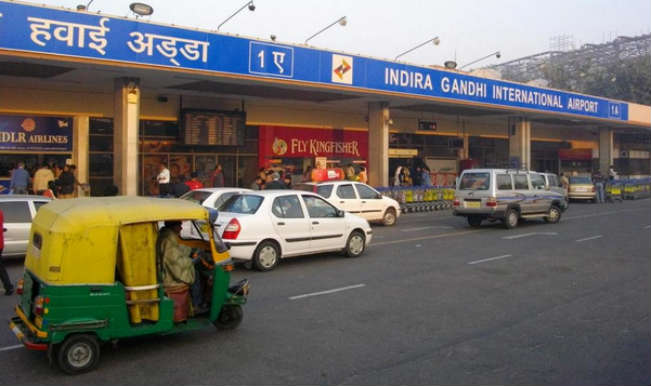 However, they were not sent to hospital and given first aid at the airport. A Central Industrial Security Force (CISF) officer who was on duty when the ‘leak’ was detected, told IANS that the consignment reached the IGI airport from Istanbul in Turkish Airlines flight number TK 716 around 4.35 a.m. Also Read - Flying Out of Delhi Will Cost Passengers More From February 1 | Here's Why

“As it was being moved to a secure place from where it had to be sent to Fortis Hospital, a leak was noticed in four of the ten packets,” the officer said. An official statement from the Delhi International Airport Limited (DIAL) said: “A medical consignment of material suspected to be of radioactive nature was reported at the cargo terminal of Delhi Airport this morning.

“The area has been cordoned off and as per the preliminary assessment given by the Atomic Minerals Directorate for Exploration and Research, the material has been termed as that of low radioactivity – sodium iodide liquid class 7 meant for medicinal use.”

DIAL also said that a team from the directorate, Bhaba Atomic Research Centre and the National Disaster Management Force were at the site making arrangements for the removal of the material. Fortis Hospital did not answer repeated calls on the issue.

“NaI-131 (sodium iodide-131) is a radioactive drug. It is used to treat hyperthyroidism and different kinds of thyroid cancer. This medicine is also consumed by thyroid gland in the treatment of over active thyroid gland,” Sudershan Kumar, an assistant professor of chemistry at Hindu College, told IANS.

Kumar also said that common side affects of this drug include nausea, vomiting, chest pain, rapid heart rate, itching skin, rash and hives. “I-131 is decays by beta and associated gamma emissions with a physical half life of 8.04 days,” he added.