LIVE UPDATES: On the occasion of the seventh International Yoga Day, Prime Minister Narendra Modi addressed the nation stressing the importance of yoga amid the pandemic situation.

International Yoga Day 2021: On the occasion of the seventh International Yoga Day, Prime Minister Narendra Modi addressed the nation stressing the importance of yoga amid the pandemic situation. “Today when the entire world is fighting against COVID-19 pandemic, Yoga has become a ray of hope,” the Prime Minister said in a virtual address, encouraging the world to practice yoga. The theme for this year’s International Yoga Day is ‘Yoga For Wellness’ in view of the coronavirus pandemic.Also Read - Full Weekend Lockdown in Kerala Begins From Tomorrow: Complete List of Guidelines Here

For two years now, no public event has been organised in India or the world but enthusiasm for Yoga has not gone down,” PM Modi said. “The ‘Yoga For Wellness’ theme for this International Yoga Day has encouraged people even more to perform yoga. I pray that every country, region, and people stay healthy,” he added. Also Read - NEET 2021 BIG UPDATE: This Is What Central Government Said On Entrance Exams | Important Details Here

“If there are threats to humanity, Yoga often gives us a way of holistic health. Yoga also gives us a happier way of life. I am sure, Yoga will continue playing its preventive, as well as promotive role in the healthcare of masses,” the prime minister asserted. Also Read - Mumbai Local Train Latest Update: 'Resume Local Trains For General Public or Else...', Raj Thackeray to CM Uddhav

PM Modi said that even the medical community emphasizes on the healing process through yoga besides medical treatment. “Doctors have used Yoga as armour to treat patients. There are pictures of hospitals, with doctors, nurses teaching Yoga performing breathing exercises like Anulom Vilom Prāṇāyāma. International experts have said that these exercises strengthen the breathing system,” the prime minister said. 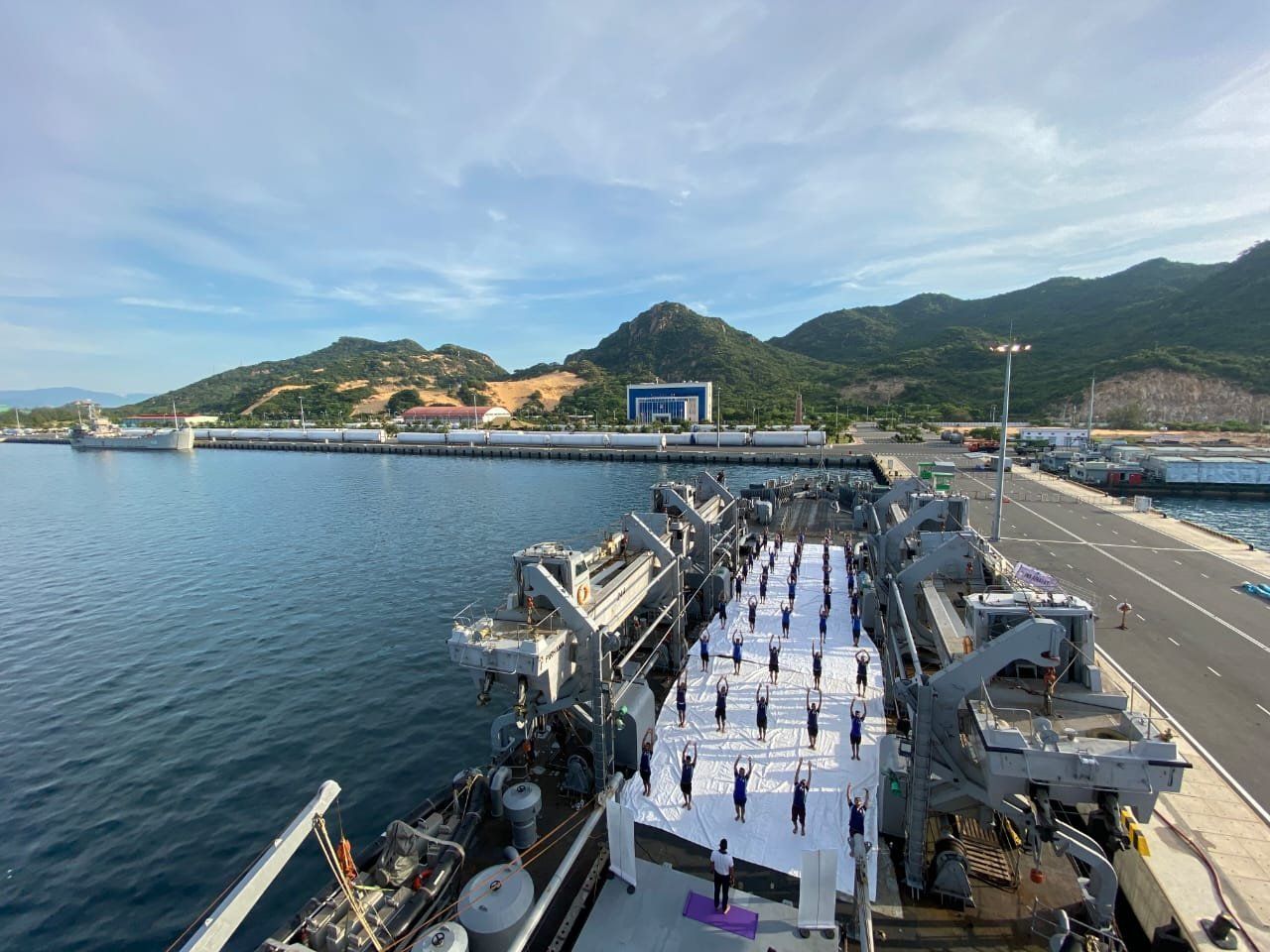 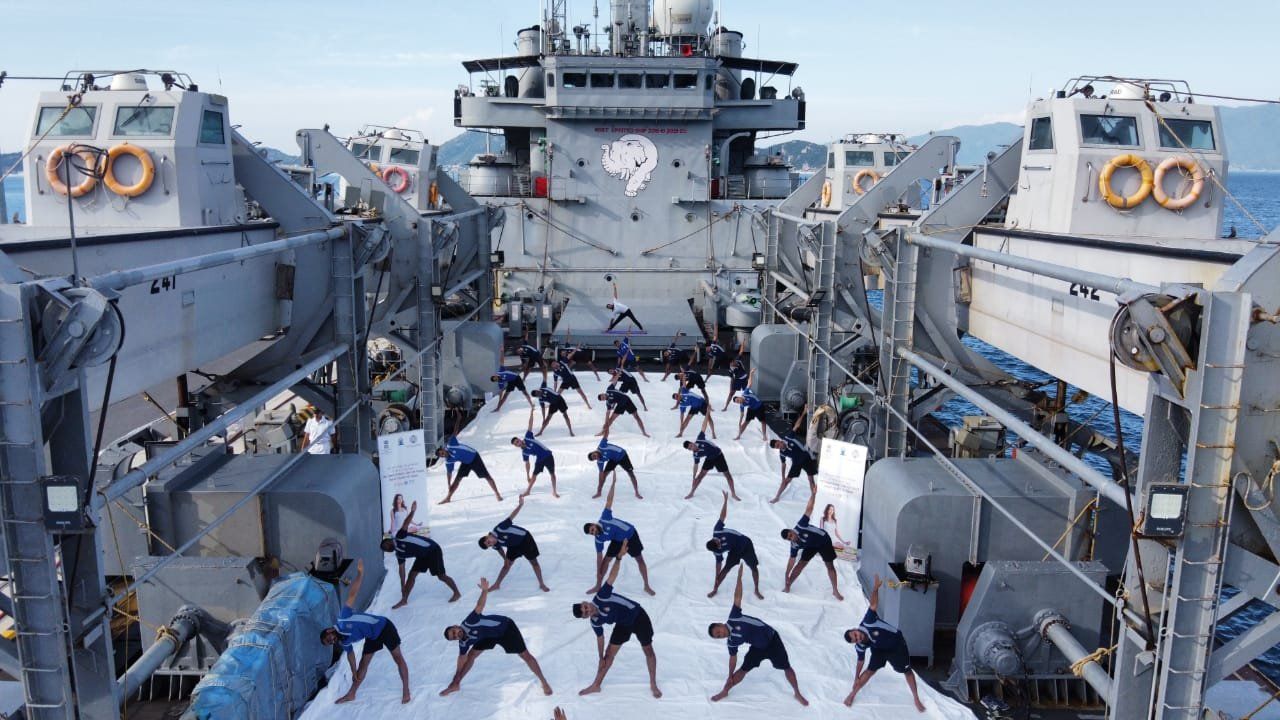 "A virtual session has been held to mark the day. Over 1 lakh people took part in the virtual session of Yoga today," says Chief Minister Jairam Thakur pic.twitter.com/yaApcisOim 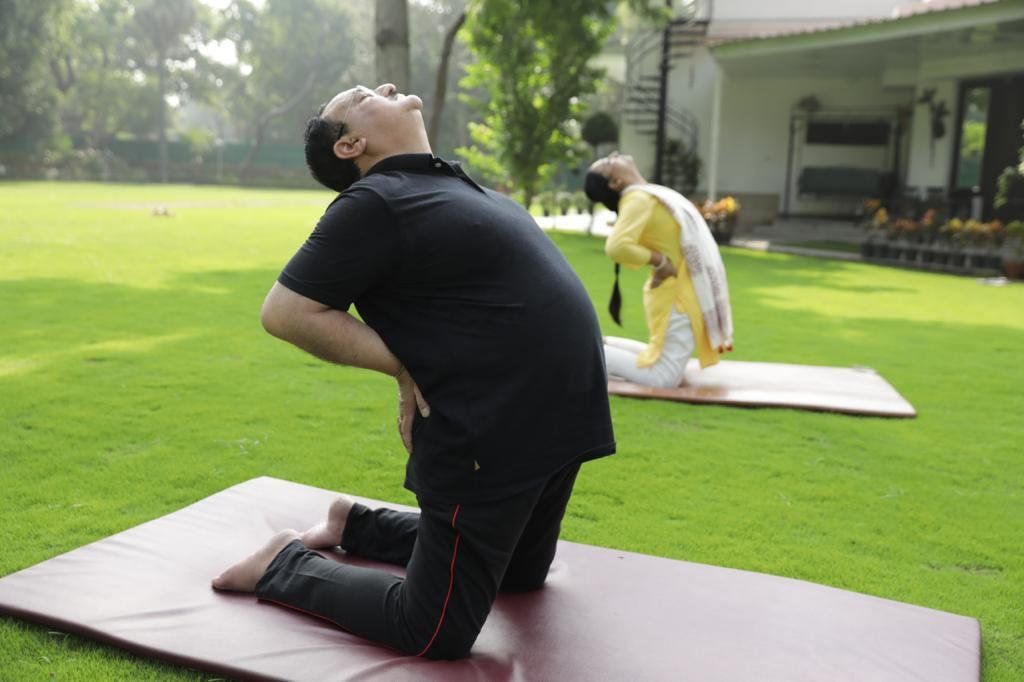 “International Yoga Day greetings! Our ancient seers’ vision of bringing mind-body together to achieve holistic health and happiness has benefited millions over millennia. One of India’s great gifts to the world, it can be especially helpful during Covid-19,” President Kovind tweeted.

#InternationalDayOfYoga greetings! Our ancient seers’ vision of bringing mind-body together to achieve holistic health and happiness has benefited millions over millennia. One of India’s great gifts to the world, it can be especially helpful during Covid-19. #BeWithYogaBeAtHome pic.twitter.com/pO91fOnBxE 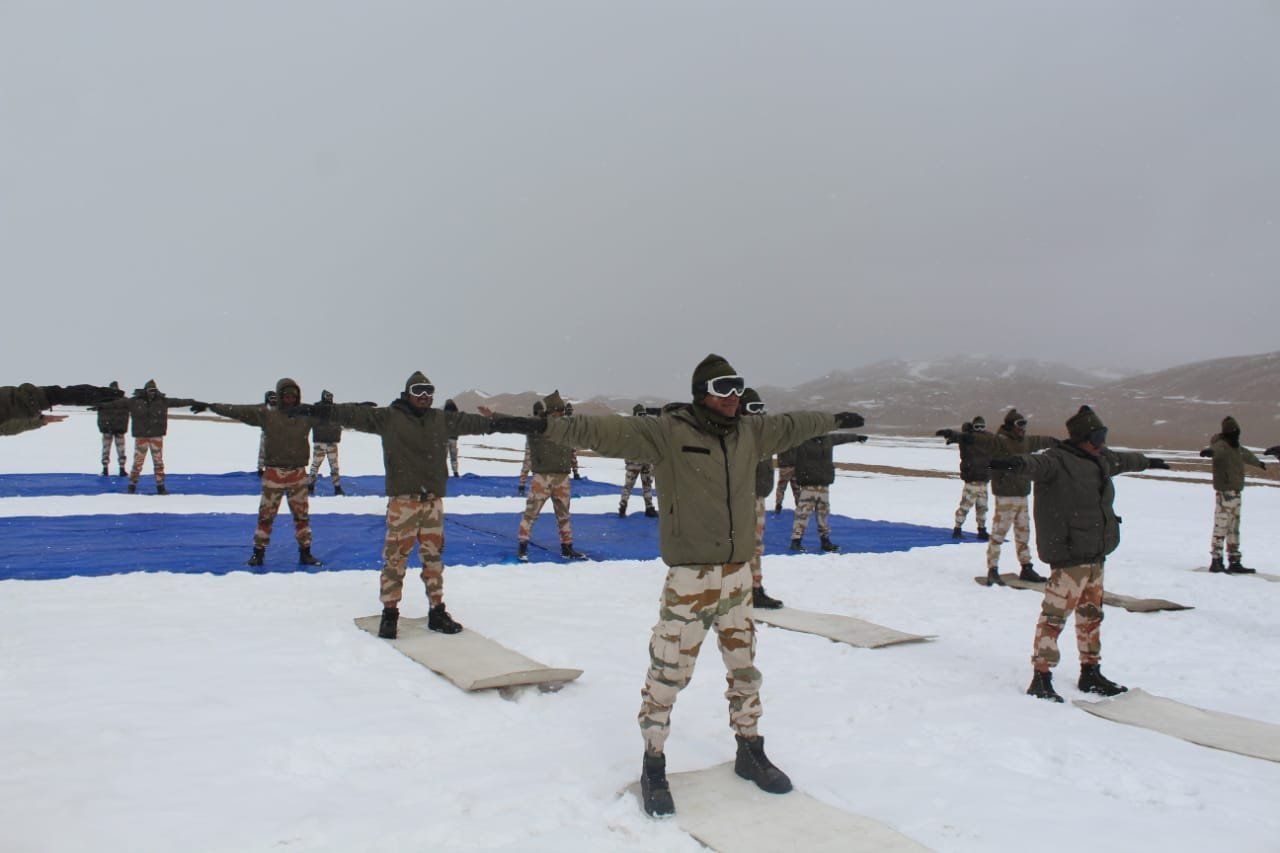 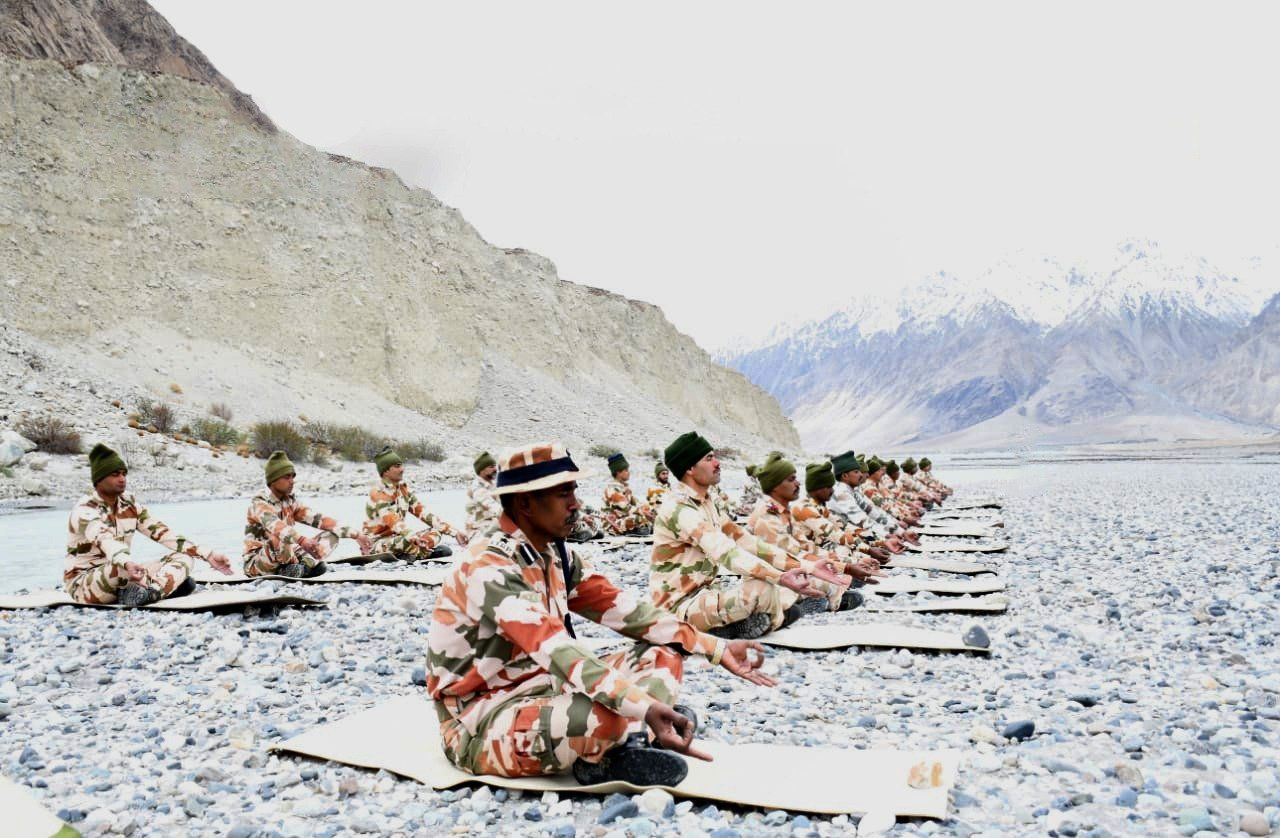 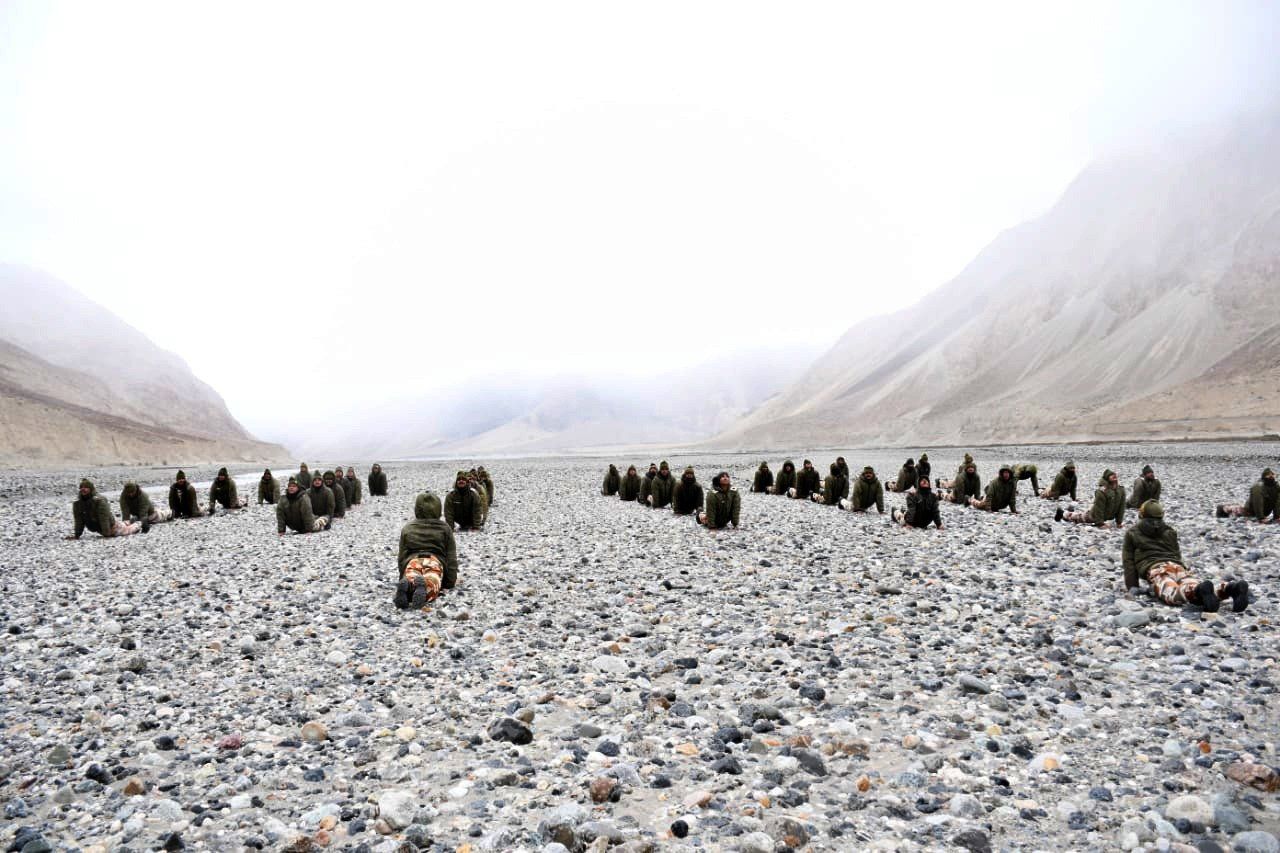 PM Modi also announced the M-Yoga app, developed in collaboration with WHO, as part of the ‘One World, One Health’ motto. The app will include yoga training videos in various languages for people across the world to participate in the healing exercise of yoga.

“I am hopeful that this app will help promote one world one health. When India proposed International Day of Yoga in the United Nations, it was the spirit behind it to make this yoga science accessible to the whole world,” PM Modi said.

This time, the Yoga Day event will not be as largescale as previous years and the lead event of the day will be a televised programme, the Ayush Ministry informed. Ayush Ministry is the nodal ministry for International Day of Yoga. Following Prime Minister Narendra Modi’s address, the Morarji Desai National Institute of Yoga will hold a live yoga demonstration from 7 AM to 7.45 AM.