Is BJP the reason for stalemate in Jammu and Kashmir government formation?

Day in and day out, all possible combinations of government formation were being discussed, and now Governor's Rule has been imposed in J&K. 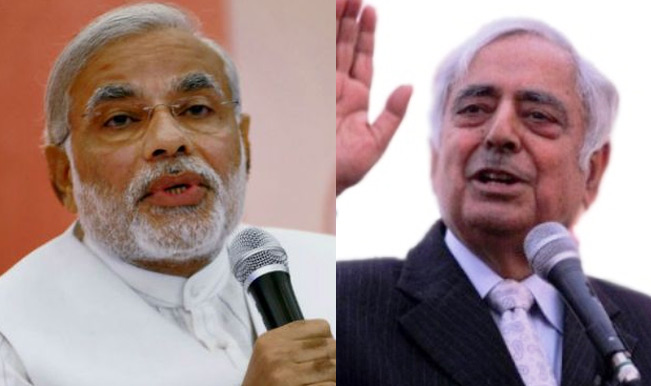 With over three weeks ever since the results of the Jammu and Kashmir Assembly Elections 2014 were announced, government formation in the state is still dangling. While People’s Democratic Party (PDP) emerged as the single largest party with 28 seats, the Bharatiya Janata Party (BJP) occupied the second spot with 25 seats. Also Read - Mehbooba Mufti, Daughter Allegedly Put Under House Arrest

Since the Jammu and Kashmir Assembly Elections 2014 results were announced, various speculations have made the rounds, but none has turned into reality thus far. The latest being the possibility of a PDP-BJP alliance. The fractured mandate in the 2014 Jammu and Kashmir Assembly Elections was based on the regional aspects, with PDP gaining a majority of seats in the Muslim-dominated Valley; BJP in the Hindu heartland Jammu (none in Kashmir) and Congress in Ladakh, where the dominant religion is Buddhism. Also Read - Amarinder Singh Condemns Haryana Govt's Attempts To Prevent Farmers March To Delhi

The mandate has not only kept the aam aadmi (common man) guessing, but top-notch politicians as well. Day in and day out, all possible combinations of government formation were being discussed, and now Governor’s Rule has been imposed in J&K.

On paper and mathematically, a PDP-BJP government seems to be a better option, but for both parties it could possibly be political suicide. With voters in the Kashmir Valley rejecting the Saffron party outright, amalgamation of any regional party with BJP would possibly lead to harsh reactions, especially in the case of PDP for which people voted in big numbers in Kashmir. And if BJP is kept out of government, Jammu region will feel left out.

National Conference (NC), which secured 15 seats, is also in no mood to risk their “already tarnished” image and seem to be content with sitting in the opposition. The grand alliance between PDP, NC and Congress also looks like unworkable for now.

BJP’s rise as the second largest party in the state is clearly becoming a hindrance for the Valley’s regional parties to come forward and form a government, with the party fearing a possible dent to the image in future. If it would have been any other party, say, Congress, then PDP or NC may not have given it a second thought.

What BJP’s emergence in Jammu and Kashmir politics has done is, it has made a party like PDP think twice before acting on its political agenda.