Is ‘weed energy’ the secret to Narendra Modi’s success?

A video on YouTube shows Narendra Modi extolling the values of something that sounds like ‘weed energy’! 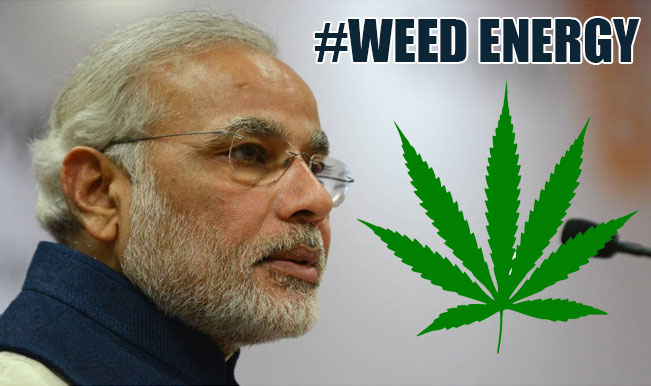 A year after his ascent to the highest office in the land, the Prime Minister is a chilled out man. He has undergone a drastic transformation from the taskmaster who everyone dreaded to a laidback man who likes the ganja. At least that’s what YouTube video suggests in which he is talking about things like nuclear energy, solar energy and ‘weed energy’! (READ-Political intervention in bureaucracy is necessary: Narendra Modi) Also Read - Tripura Election Result: Ruling BJP Sweeps Tripura Civic Polls; Wins All 51 Seats of Agartala Municipal Corporation

What the hell is weed energy anyway? Is it the reason we have so many people of the right-leaning variety saying some of the daftest things we’ve ever heard? I had earlier hypothesised that there were three logical explanations for the barrage of stupid comments that have been heard from members of the BJP, RSS and VHP:

1) They have access to some very potent shit which makes them really, really high. If they do have something like that, it’s extremely rude of them to not share it with the rest of the nation.

3) All the remarks are a way to distract the mainstream media’s attention so that people don’t start wondering why the ‘ache din’ hasn’t come yet.

Well it seems like that it was the first option, and I feel it’s unfair of them to just keep it to themselves. I mean why else would Swamy write something like this, which defies logic and physics: 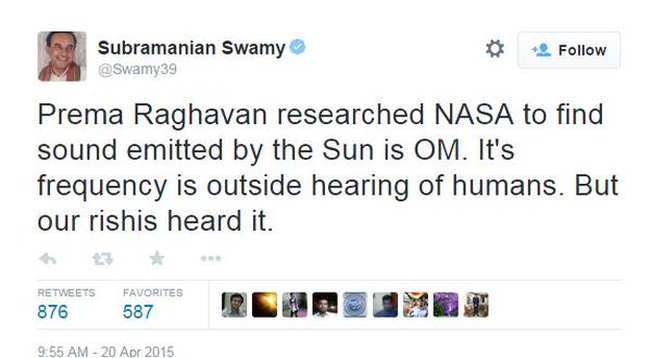 Perhaps, this explains Modi’s recent address to civil servants to chill and spend some quality time with their families.  He said: ‘A life full of tension cannot achieve anything, especially when you have to run the nation,’ the PM said, adding, ‘Have you turned into robots in your daily life? If that is so, then that impacts your work.’ He even paraphrased the Joker’s famous catch-phrase saying: ‘My team has to be energetic, not tired and wilted. Why are you so serious?’

Disclaimer: We have no clue whether the PM and his friends actually like weed but smoking up would not be against the traditional Indian values.