Talking to reporters, Netanyahu, who will be holding delegation-level talks with PM Modi later in the day, described his India visit as a new beginning in the ties between the two countries.

Talking to reporters, Netanyahu, who will be holding delegation-level talks with PM Modi later in the day, described his India visit as a new beginning in the ties between the two countries. Also Read - Maharashtra Rain: 2 Dead in Landslide, PM Modi Reviews Situation With CM Uddhav Thackeray | Top Developments

“This is a dawn of a new era in friendship between India and Israel.It began with PM Modi’s historic visit to Israel that created tremendous enthusiasm,it continues with my visit here which I must say is deeply moving for me, my wife and people of Israel,” Netanyahu said. (Also Read: One UN Vote Will Not Determine Our Relations, Says Israel PM Benjamin Netanyahu) Also Read - TMC Martyr's Day: Mamata Banerjee Tells Regional Parties To Oust BJP, Pitches For United Opposition

Netanyahu and her wife also visited Raj Ghat to pay tribute to Mahatma Gandhi. The two would be visiting Agra’s Taj Mahal on Tuesday. 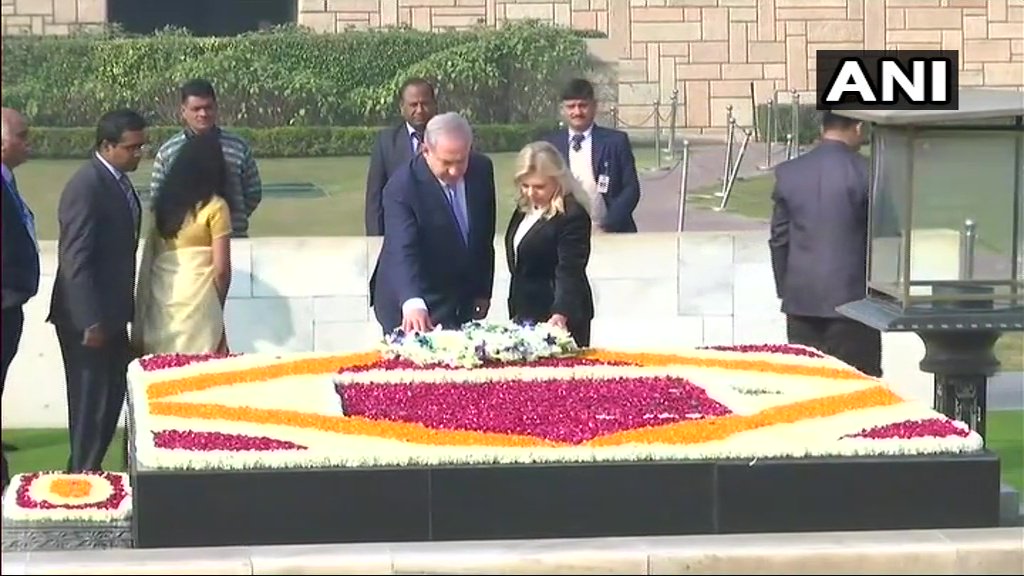 On Sunday (January 14), PM Modi broke protocol to personally receive Netanyahu as he arrived in New Delhi. The PM welcomed his Israeli counterpart with his trademark bear hug.

As Netanyahu and his wife Sara stepped on the red carpet at the airport here, a smiling Modi embraced the Israeli leader and then shook hands with the couple.

“Welcome to India, my friend Netanyahu! Your visit to India is historic and special. It will further cement the close friendship between our nations,” Modi tweeted in English and Hebrew.

Netanyahu quickly responded. “Thank you to my good friend Narendra Modi for the warm welcome. “Very much appreciate the gesture,” the Jerusalem Post quoted Netanyahu as saying.

Modi and Netanyahu, who have developed a close friendship, exchanging greetings on social media on various occasions and hugging each other heartily, will hold talks on a range of issues on Monday.