New Delhi: The Indian Space Research Organisation (ISRO) released pictures of Chandrayaan 2 from its testing facility in Bengaluru on Wednesday. This is the organization’s second mission to the moon which will be launched on July 15 early morning at 2 hours 51 minutes.Also Read - ‘Hot Jupiter’ Exoplanet 1.5 Times The Mass of Sun Discovered by Indian Scientists. Know More Here

“The day we are going to land is either September 6 or September 7, that day happens to be the beginning of a lunar day. For one full lunar day, the lander and rover will be functioning and carry out scientific experiments,” said ISRO Chairman Dr. K Sivan in a press conference. Also Read - ‘One Sun, One World & One Grid’ Will Enhance Viability Of Solar Projects For All Countries: PM Modi at COP26

Pictures of the modules of India’s second lunar mission Chandrayaan-2 that is scheduled to be launched between July 9 and 16. pic.twitter.com/9wLXQruJWX

Chandrayaan-2, India’s second lunar mission, has three modules namely Orbiter, Lander (Vikram) & Rover (Pragyan). The Orbiter and Lander modules will be interfaced mechanically and stacked together as an integrated module and accommodated inside the GSLV MK-III launch vehicle. 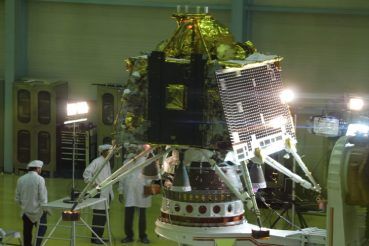 The Rover is housed inside the Lander. After launching into earthbound orbit by GSLV MK-III, the integrated module will reach Moon orbit using Orbiter propulsion module. Subsequently, Lander will separate from the Orbiter and soft land at the predetermined site close to the lunar South Pole. 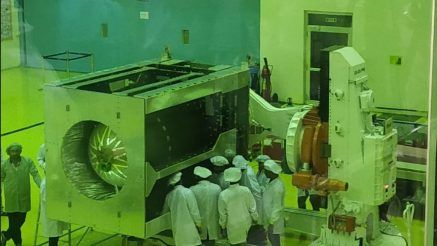 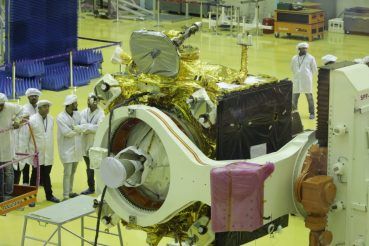 According to D Sivan, the cost of Chandrayaan 2 Mission, mainly the satellite portion including the support from foreign agencies as well as for navigation purpose, is Rs. 603 crore