O Panneerselvam has resigned from the post of Chief Minister. 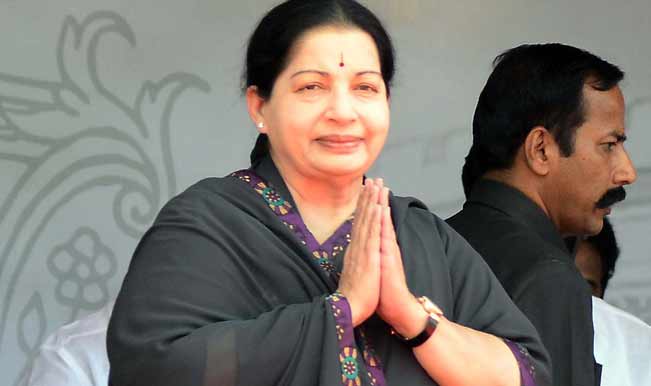 Chennai, May 22: Paving the way for her to become the chief minister, AIADMK legislators re-elected J Jayalalithaa as legislative party leader of the party. All AIADMK legislators reached at the party headquarters and re-elected Jayalalithaa as its party legislative chief. O Panneerselvam has resigned from the post of Chief Minister. Jayalaithaa will meet Tamil Nadu Governor Konijeti Rosaiah to stake claim as CM. Also Read - Tamil Nadu Bans Gatherings At Beaches, Resorts, Pubs For New Year Due To COVID-19

Earlier in the morning, O Panneeerselvam forwarded the motion in the party meet to elect Jayalalithaa as legislature party leader. The motion was seconded by Electricity Minister Natham R Vishwanathan and adopted unanimously. On May 20, AIADMK spokesperson C R Saraswathi told to ANI that Jayalalithaa will swear in as Tamil Nadu CM on May 23.

J Jayalalithaa had stepped down as Chief Minister following her conviction in disproportionate assets case by Special Court on September 27, 2014. Following the judgement of Special Coert, the AIADMK chief was disqualified from contesting elections under the Representation of the People Act for a period of 10 years–four years from the date of conviction and six years thereafter. (Also read: Jayalalithaa acquitted in disproportionate assets case)

But the Karnataka High Court acquitted Jayalalithaa and set aside the verdict of Special Court and on May 11, 2015. It cleared the path for Jayalalithaa to become CM of the state once again.