Only AIADMK leader J. Jayalalithaa can decide if she will be Tamil Nadu's chief minister again and reports that she will be sworn in on May 23 are wrong, the party said on Wednesday. 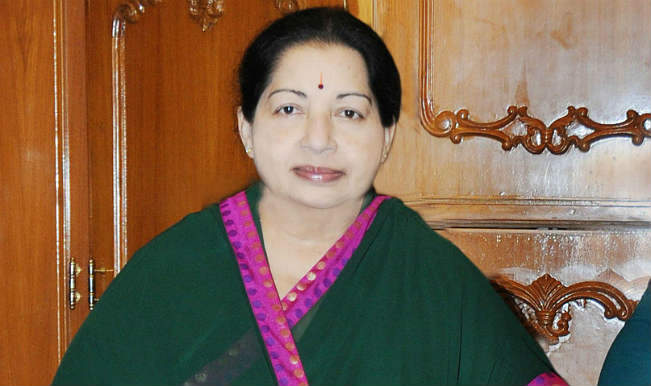 Chennai, May 20 Only AIADMK leader J. Jayalalithaa can decide if she will be Tamil Nadu’s chief minister again and reports that she will be sworn in on May 23 are wrong, the party said on Wednesday. “A television channel did not carry my full statement resulting in a lot of confusion,” party spokesperson C.R. Saraswathi told IANS. Also Read - 'Online Misinformation Went Down Dramatically After Trump Banned From Social Media'

“I had clearly said that the swearing in of Amma (Jayalalithaa) as chief minister on May 23 is not yet confirmed.” She said what was confirmed was that AIADMK legislators would meet on Friday morning. The same day, Jayalalithaa would pay floral tributes at the statues of the party’s founder M.G. Ramachandran, DMK founder C.N. Annadurai and DK founder E.V. Ramaswamy. Also Read - MP Shocker: 9 Men Rape 13-year-old Girl in Umaria, Horrifying Details Emerge

Another AIADMK leader told IANS nothing had been confirmed about the swearing in of Jayalalithaa as the chief minister. Jayalalithaa lost her chief minister’s post and assembly (Srirangam constituency) seat after she was convicted by a trial court in Bengaluru for holding assets disproportionate to her known sources of income.

The Karnataka High Court upheld her appeal against the conviction and acquitted her. Though the agenda for the Friday meeting of legislators is not known, it is widely believed that Jayalalithaa may be elected leader of the AIADMK legislature party. On Sunday, P. Vetrivel, a party legislator from Radhakrishnan Nagar constituency here, resigned his post.

With his resignation, the AIADMK strength in the 234-seat assembly comes down by one to 150, excluding the speaker. While these developments indicate that Jayalalithaa is all gearing up to become the chief minister again, there is no official confirmation.