In a new political twist in J & K, N C today formally offered support to PDP in a letter to Governor N N Vohra for forming a government that could break the logjam of over three weeks. 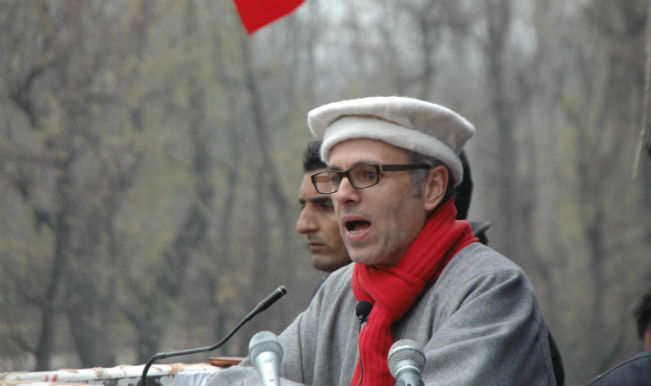 Srinagar, Jan 13: In a new political twist in Jammu and Kashmir, National Conference today formally offered support to PDP in a letter to Governor N N Vohra for forming a government that could break the logjam of over three weeks. “@JKNC_has written to Governor Vohra Sahib reiterating our offer of support to @jkpdp and asking him to call us before deciding the assembly viability,” National Conference’s Working President Omar Abdullah tweeted. Also Read - Jammu and Kashmir DDC Polls: Apni Party Candidate shot At in Anantnag, Omar Slams Attackers

In a statement, the party said Abdullah urged Vohra to consult the party leadership before taking any final decision regarding the future of the present assembly and its viability in the formation of the government. Also Read - Bengal Assembly Polls: BJP Forms 117-Member Election Management Team Ahead of JP Nadda's Visit

The letter was delivered to Vohra by Provincial President Jammu Devender Singh Rana in Jammu this afternoon as a consequence of the meeting of NC Core Group in Srinagar yesterday.

In the letter, Abdullah said that National Conference has offered to support to PDP, which has emerged as the single largest party in the just-concluded Assembly elections, a party release said.

“However, the political impasse in the state, due to indecisiveness of the PDP has led to the imposition of the Governor?s rule and placing of the State Assembly in suspended animation despite an overwhelming participation of the people of Jammu and Kashmir in the electoral process”, the letter said.

The Assembly polls, whose results were declared on December 23 last, threw up a fractured mandate. PDP emerged as the single largest party with 28 seats in the 87-member House.

BJP bagged 25 seats, NC 15 and Congress 12. PDP and BJP have been in talks but failed to reach any agreement even three weeks after the results came, following which the Governor’s Rule was imposed in the state.

Earlier in the day, Abdullah said all the party candidates from Kashmir for the recent Assembly elections have endorsed the party’s stand of not entering into an alliance with the BJP for government formation.”Met the contesting candidates of NC from Kashmir province. Very productive meeting. Glad to have their endorsement of the line taken so far,” he wrote on twitter.Abdullah, who resigned as caretaker Chief Minister last week, chaired a meeting of all party candidates who contested the elections in Kashmir valley to discuss the prevailing political scenario in the state.

The Core group of National Conference yesterday decided that it will not ally with the BJP for government formation but expressed readiness to support PDP.

As none of the parties or combination of parties staked claim for government formation, Governor’s Rule was imposed on January 9 after Omar asked to be relieved of the caretaker Chief Minister’s duties.