Jallikattu, the bull-taming sport, is organised during the mid-January harvest festival, Pongal mainly in Tamil Nadu.

Chennai, Jan 15: Jallikattu, the bull-taming sport, is organised during the mid-January harvest festival, Pongal mainly in Tamil Nadu. Jallikattu is described as Yeru Thazhuvuthal (bull embracing) by the ancient Tamil Sangams. The modern term Jallikattu or Sallikattu is derived from salli (coins) and kattu (package), which refers to a prize of coins that are tied to the bull’s horns and that participants attempt to retrieve. Get Jalikkatu images and know key things about the bull-taming sport below: Also Read - Tamil Nadu, Madhya Pradesh Announce Free COVID-19 Vaccine After BJP's Poll Promise in Bihar

Jalikattu involves releasing a Bosindicus bull into a crowd of people when participants attempt to grab its hump and ride it as long as possible, attempting to bring the bull to a stop. Participants also try to remove red flags attached to the bull’s horns. The bull that wins is used to service numerous cows preserving the native breed. The Tamilian tradition is controversial because the bull chasing often results in major injuries and even deaths. Between 2010 and 2014, an estimated 17 people were killed and 1000-odd were injured during Jallikattu events. Also Read - Will Provide Free Covid Vaccine To All Once it is Ready: Tamil Nadu CM 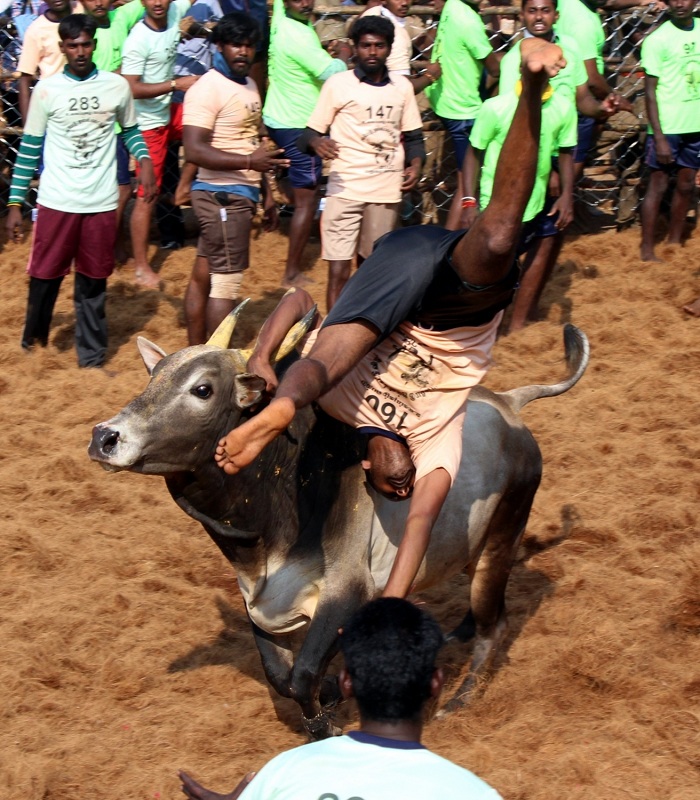 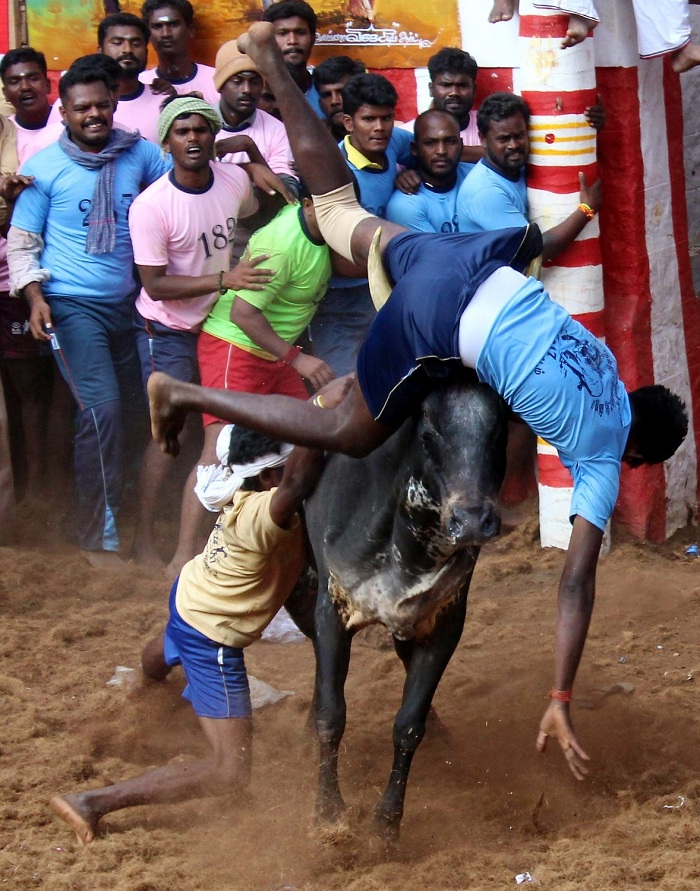 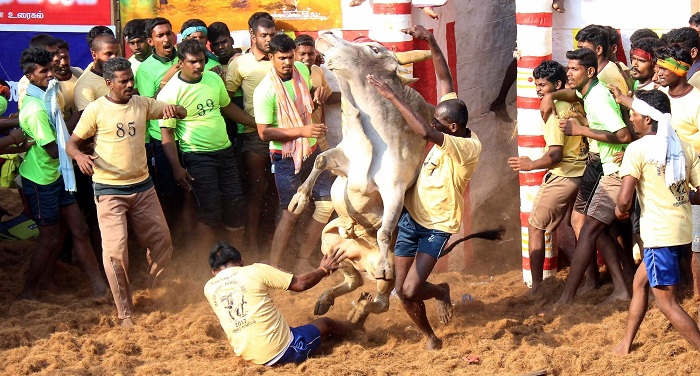 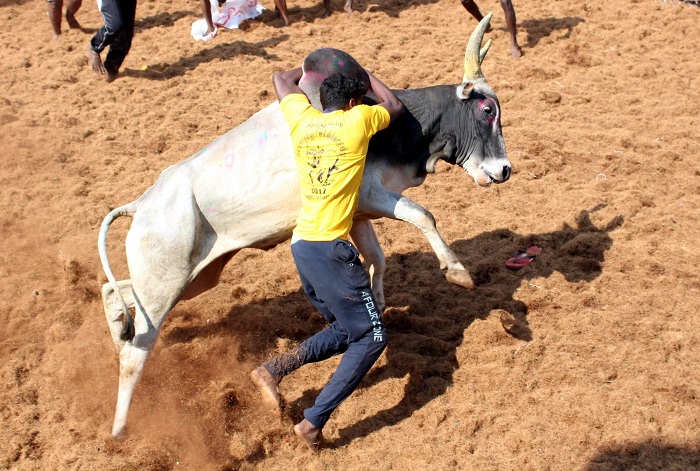 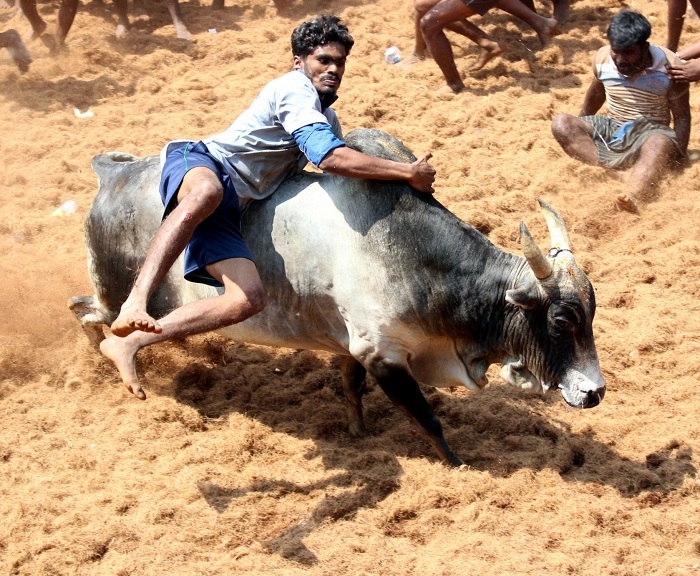 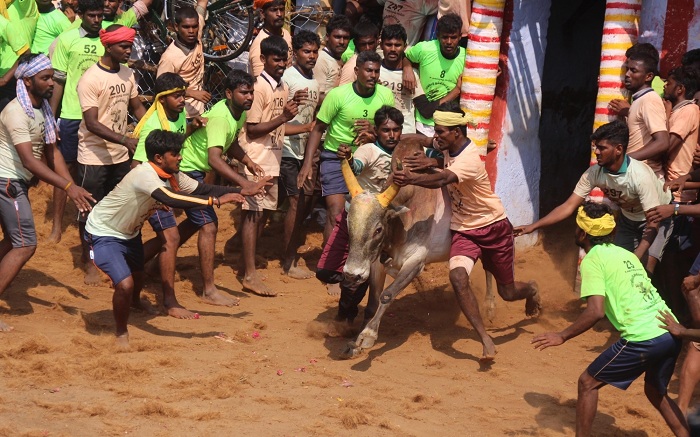 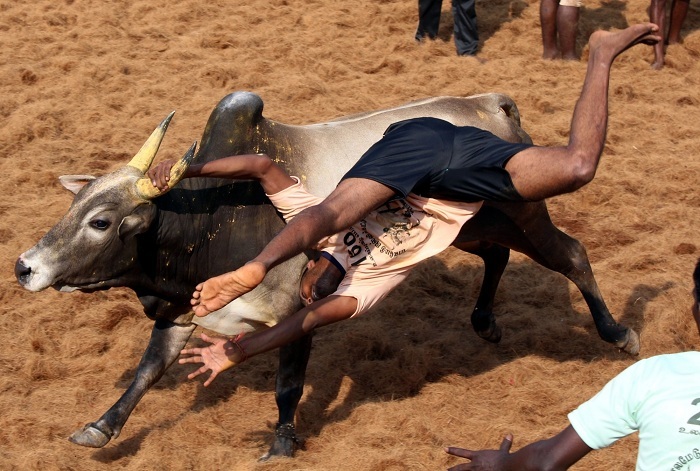 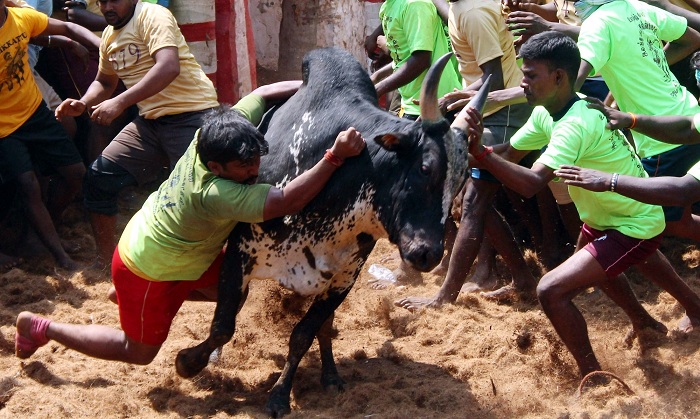 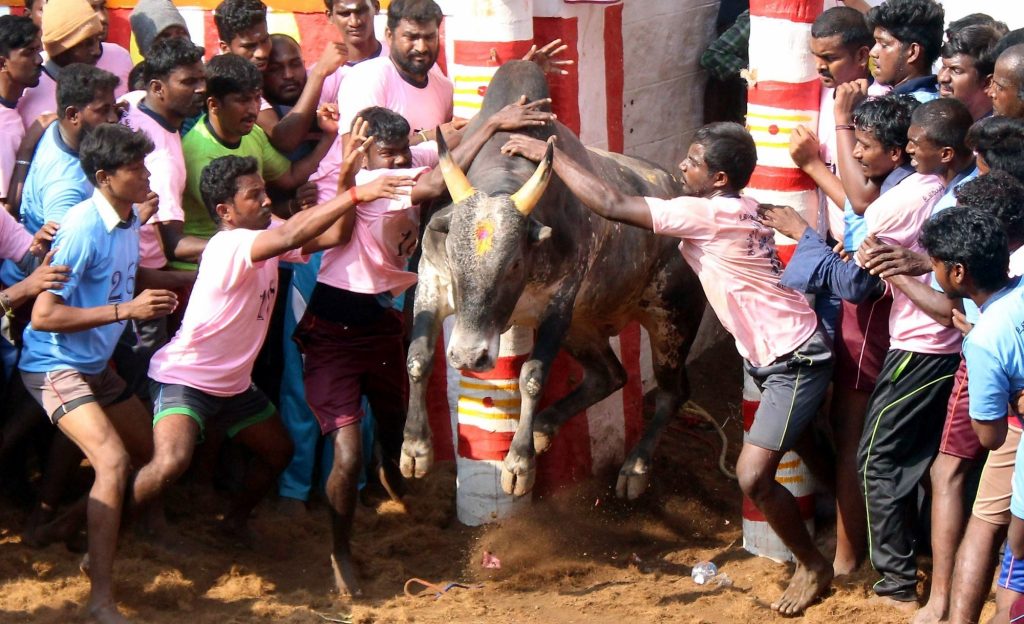 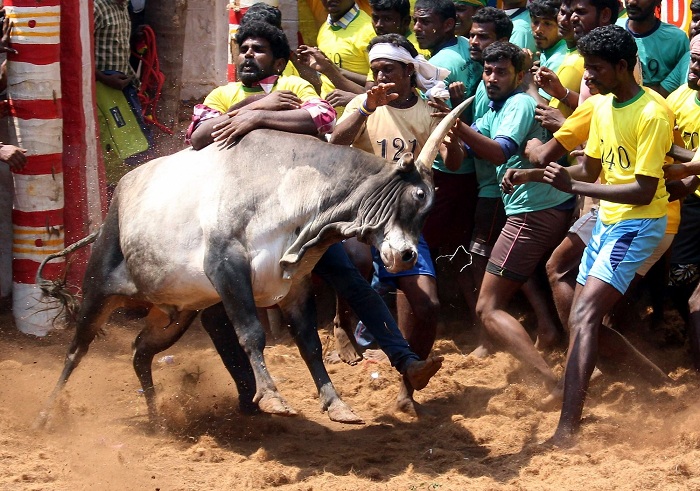 Ban on Jallikattu and Protest:

The Supreme Court banned the sport in 2014. However, in 2016, the government, led by Bharatiya Janata Party (BJP), issued a notification and declared that the sport could carry on irrespective of the imposed ban. This notification was challenged by PETA and Other such welfare Organizations in the Supreme Court. Consequently, a stay order was issued by the apex court, which triggered massive protests in Tamil Nadu. After mass protests, Jallikattu was held following the passing of an ordinance amending the Prevention of Cruelty to Animals Act last year.