New Delhi, Nov 18: In a bid to deal with widespread clashes between security forces and civilians in Jammu and Kashmir, 63 per cent of Indians believe that Narendra Modi-led government should use more military force in the valley, a latest survey by an American think tank called Pew Research claimed on Friday. Also Read - Save Bihar From 'Jungle Raj': PM Modi Slams Lalu's RJD at Darbhanga Rally 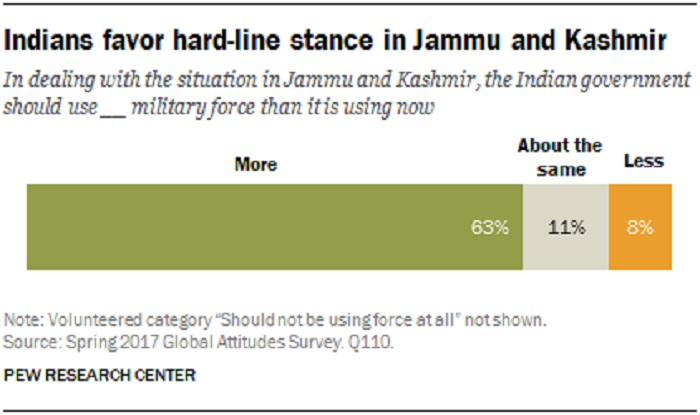 The state has been on the edge since the killing of Hizbul Mujahideen terrorist Burhan Wani by security forces in July last year. (Also Read: In India, Support For Prime Minister Narendra Modi Remains Strong, Says American Think Tank Pew). However, those living in southern India, far from the India-Pakistan border, are decidedly less negative about Pakistan. Also Read - Bihar Assembly Election 2020: PM Modi, Rahul Gandhi Gear up For Another Face-off in Darbhanga 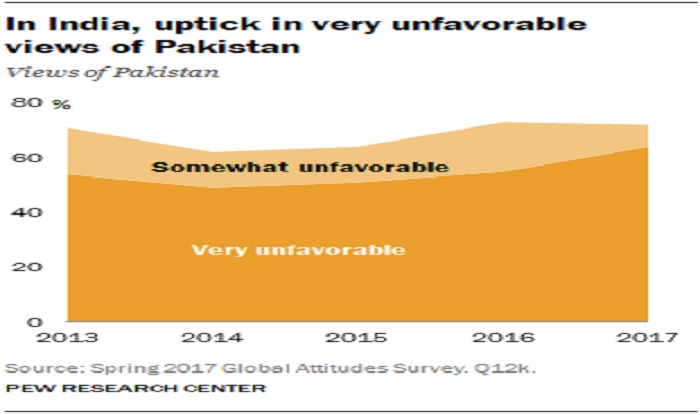 The survey, conducted between February 21 and March 10, sought the views of 2,464 people across the country, in both urban and rural areas.