Early trends at 11 am says that both People's Democratic Party seems toe emerge as the largest party in Jammu and Kashmir Assembly Elections 2014. 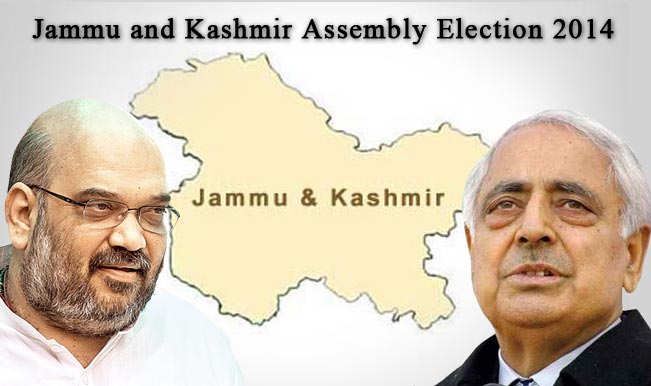 Early trends at 11 am says that both People’s Democratic Party seems toe emerge as the largest party in Jammu and Kashmir Assembly Elections 2014. The PDP has maintained its lead on 31 seats. Bharatiya Janata party is giving close fight to the PDP. The BJP is ahead on 26 assembly constituencies.  Although in the morning, according to the early counting, BJP was leading in the state, the current development suggests BJP is leading in the state. PDP is on the second post with 17 seats while National Conference (NC) and Congress are with 15 seats. Also Read - Sonia Gandhi Returns With Son Rahul From US Post Health Check-up Amid Ongoing Monsoon Session

With BJP seems to be winning in the state for the first time, celebrations have already already kick started in the state with BJP leaders expecting majority. Also Read - Farm Bills Row: Will Consider Revoking Suspension Only After MPs Apologise, Says Ravi Shankar Prasad

Omar Abdullah is leading in the state of Jammu and Kashmir with 240 votes from the Beerwah assembly seat. Deputy Chief Minister and Congress candidate from Chhamb Tara Chand was trailing Krishan Lal of BJP by a margin of 2,110 votes. Surinder Choudhary of PDP is leading over BJP candidate Ravinder Raina by a margin of 2377 votes in Nowshera constituency.

Exit polls suggested that Mehbooba Mufti-led People’s Democratic Party (PDP) will emerge as the leading party followed by Bharatiya Janata Party (BJP). After today’s counting, the fate of 821 candidates including 271 independent candidates will be decided.