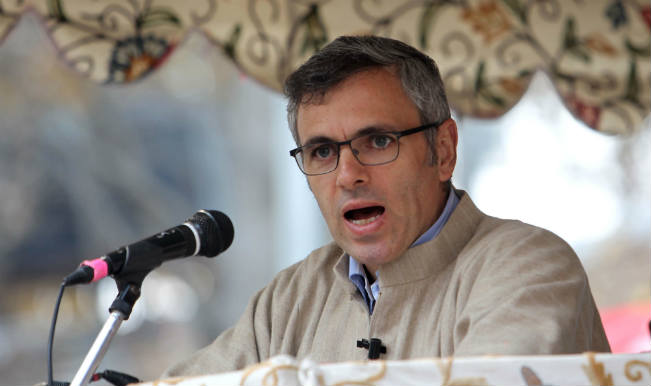 Chief Minister, Omar Abdullah is leading in the state of Jammu and Kashmir with 240 votes from the Beerwah assembly seat. The outgoing Chief Minister had contested from two constituencies of Beerwah and Sonwar in the state. Early reports suggests that the Chief Minister is leading in Beerwah with 240 votes while is trailing in Sonwar consituency with 1800 votes. Omar Abdullah is fighting against PDP’s Mohammad Ashraf Mir, who had lost in 2009 by polls by just 50 votes against National Conference’s (NC) Mohammad Yasin Shah. Also Read - Delhi Chalo: Rahul Gandhi Slams Modi Government Over Farmers Protest, Fires 'Suit-Boot' Jibe

Counting for all the 87 assembly seats was taken up on Tuesday after the five phase polls ended on December 20. Early trends suggests that BJP is leading in the state with 23 seats . PDP is on the second post with 17 seats while National Conference (NC) and Congress are with 15 seats. NC had made it clear that they would want to the opposition. Also Read - Jammu And Kashmir: Voting Underway In 2nd Phase of DDC Polls Amid Tight Security

Thank goodness for the EVMs. Still remember my 1st couple of elections & the manual counting of voting slips, took forever.

Deputy Chief Minister and Congress candidate from Chhamb Tara Chand was trailing Krishan Lal of BJP by a margin of 2,110 votes. Surinder Choudhary of PDP is leading over BJP candidate Ravinder Raina by a margin of 2377 votes in Nowshera constituency. After today’s result, fate of a total of 821 candidates including 271 independent candidates will be decided. The five phase polling had ended on December 20 with a higher turnout. Exit polls suggested that Mehbooba Mufti-led People’s Democratic Party (PDP) will emerge as the leading party followed by Bharatiya Janata Party (BJP).