Jammu and Kashmir Assembly Election Results 2014 has been announced but the suspense over the government formation continues in the state. 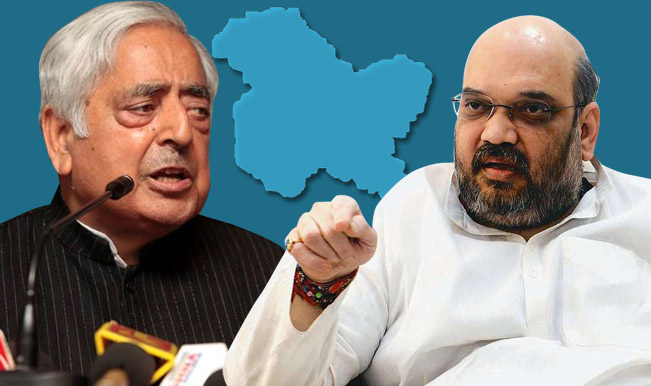 Both PDP and BJP have potential to form government in Jammu and Kashmir. However, the Congress has offered unconditional support to PDP; the PDP leadership is still brainstorming over future alliance with any other party. Also Read - Jammu And Kashmir: Voting Underway In 2nd Phase of DDC Polls Amid Tight Security

BJP is also trying to cobble up the numbers to be in a position to stake claim on government formation. There were reports that BJP is negotiating with National Conference on government formation but the saffron party has denied such reports. It is also reported that the BJP is in support of six other MLAs; two of People’s Conference, one seat of People’s Democratic Front led by Hakeem Yasin, two independents and BJP rebel Pawan Gupta. It takes BJP’s number to 31 and gives steering seat to the party.

If the BJP joins hands with PDP, they can form government easily. But any tie-up with PDP would be decided after bargaining and compromising on core issues like Article 370 and AFSPA.

Though Congress is ready to support PDP government but having an alliance with Congress would have its flip side as the verdict was against the party across the country. PDP would also not like to join hands with National Conference as people’s mandate is against Omar Abdullah.

As of now, both the major parties keep everyone guessing. No party is opening its cards and playing ‘wait and watch’ game. It might take time to get the clear picture.