Scotching speculation that it may support BJP in forming a new Government in Jammu and Kashmir, National Conference(NC) tonight ruled out such a possibility. 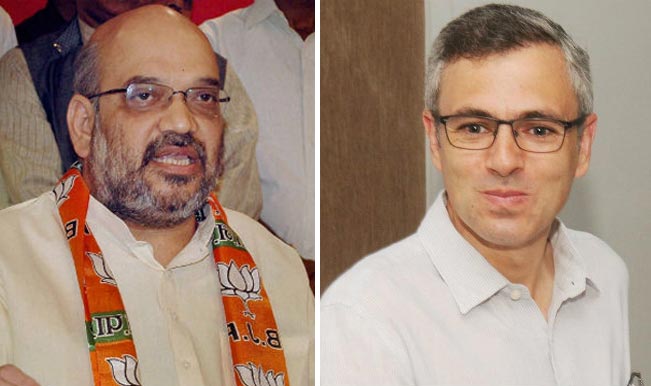 Srinagar, Dec 25: Scotching speculation that it may support BJP in forming a new Government in Jammu and Kashmir, National Conference(NC) tonight ruled out such a possibility citing fundamental differences between the two parties. “We don’t believe in marriage of convenience and sacrificing our fundamental principles,” a Jammu-based senior leader of NC said requesting anonymity. Also Read - Jammu and Kashmir Mainstream Parties Form 'Gupkar Declaration' For Restoration of Special Status

The comments by the leader came as BJP, the second largest party with 25 members in the incoming 87-member Assembly, first explored the option of tying up with NC which has 15 MLAs. The leadership of the two parties is believed to have held discussions which made no headway. There were persistent reports that the outgoing Chief Minister and NC working President Omar Abdullah met BJP President Amit Shah in New Delhi last night but BJP denied that. Also Read - 'Article 370 Will be Restored With China’s Help': Farooq Abdullah Never Said It, Clarifies NC Amid Protest in Jammu

The Jammu-based NC leader, who ruled out the tie-up, made it clear that his party had strong fundamental differences with BJP and that the possibility of NC joining hands with the saffron party was “next to nil”. Stating that NC was not power hungry, the leader said the party had earlier sat in opposition between 2002 and 2008. This was also borne out by brief comments of Omar who insisted that his surprise offer to support PDP, NC’s arch rival, stood and he was waiting for PDP to respond. “The offer made to PDP is a serious one and was not made lightly. It was for them to take a call,” he told PTI.

Senior BJP leader and Union Finance Minister Arun Jaitley flew to Jammu to meet the newly elected party MLAs and said thereafter that his party would play a crucial role in government formation as it had the highest popular vote(23 per cent). The BJP had the “veto power”, said Jaitley who was accompanied by party General Secretary Ram Madhav. He later flew here tonight to explore possibilities of government formation.

Meanwhile, PDP, which has remained silent since the polls results came three days ago, had started exploring the possibility of a coalition government with Congress which has 12 members and other independent candidates. BJP, on its part, also started approaching PDP with Madhav meeting People’s Conference leader Sajad Lone at a hotel in Kashmir and PDP leader and MP Muzzafar Hussain Baig at his residence.