According to an opinion poll conducted by CSDS, Narendra Modi-led Bharatiya Janata Party (BJP) may perform well in Jammu region but fail to get seats in Kashmir valley. 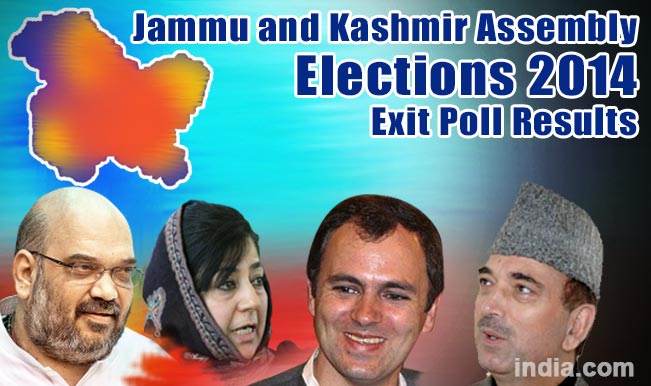 The final phase of polling for the 87 seats of Jammu and Kashmir assembly has ended. According to an opinion poll conducted by CSDS, Narendra Modi-led Bharatiya Janata Party (BJP) may perform well in Jammu region but fail to get seats in Kashmir valley. In Jammu region, 52% said they have high trust in the Central government, while in Kashmir region only 16% said they had high trust on the government in centre. When it comes to Narendra Modi factor; , 69% in Jammu region said that they had high trust in him, but in Kashmir region only 17% in the valley said they had high trust for Modi. (Read: Jammu and Kashmir Assembly Election 2014 Exit Polls Results: Hung assembly in the state, according to C-Voter survey) Also Read - Tejasvi Surya Controversy: Govt Asks Twitter to Remove Bengaluru MP's Tweet Linking Terrorism to Islam

The opinion poll results are clear indication for the BJP that it might not get the majority in Jammu and Kashmir. While the C-Voter opinion poll predicts that the BJP would get second spot in the Jammu and Kashmir Assembly Elections winning 27 to 33 seats. It is People’s Democratic Party (PDP) that will emerge as largest party winning 32 to 38 seats. Also Read - J-K Panchayat Polls 2020: National Conference Demands Removal of Roadblocks Ahead of Elections

Jammu and Kashmir Assembly Election Results 2008: When we look at the results of last Assembly Elections in Jammu and Kashmir, National Conference emerged as the largest party winning 28 seats out of 87 assembly seats. Peoples Democratic Party (PDP) was on second place with 21 seats while the Congress got third spot winning 17 seats. The BJP could only win 11 seats. Though NC became the largest party, they failed to achieve the majority mark of 44 seats. With the support of Congress, NC formed government in the state and Omar Abdullah became the state’s youngest ever Chief Minister at 38.

Riding on Modi-wave, the BJP has won every major election in the country post the 2014 Lok Sabha Elections triumph. Only time will tell if the Modi-magic works in Jammu and Kashmir? However, the results of Jammu and Kashmir Elections are due to be announced on December 23 but the exit poll results may have cleared the picture of future political equations in the state. Watch this space for the latest updates on Exit Polls 2014.