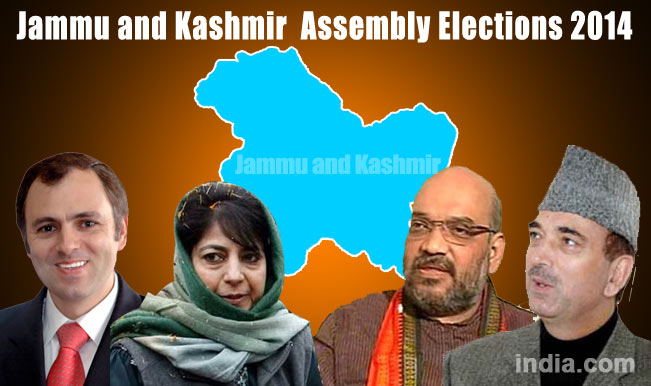 About 400 companies of security forces have been deployed to ensure free and fair polls in the state. A total of 10,502,50 voters, including 5,00,539 women, will decide the fate of 12 sitting MLA’s, including seven ministers among 123 candidates at 1,900 polling stations in 15 constituencies. Also Read - Rajasthan News: BJP Leader Beaten up by Miscreants Over Property Issue in Dholpur

Top leaders of all the major parties have tried to woo the votes during the poll campaign. In the first phase, 15 seats are spread across Jammu, Ladakh and Kashmir region. Out of these 15, five assembly segments are in Kashmir Valley – Gurez, Bandipora and Sonawari (in Bandipora district) and Kangan and Ganderbal (in Ganderbal), four in Ladakh region – Nobra and Leh (in Leh), Kargil and Zanskar (in Kargil) and six in Jammu division – Kishtwar and Inderwal (in Kishtwar), Doda and Bhaderwah (in Doda) and Ramban and Banihal (in Ramban).

All eyes are on BJP as the party has strong hold in Jammu and Ladakh region. While Chief Minister Omar Abdullah led ruling National Conference will try to retain their seats in Kashmir region against PDP. The results of the Jammu and Kashmir Assembly elections that are spread across five phases will be announced on December 23.