Jammu And Kashmir Assembly Polls Likely to be Held Later This Year; EC to Announce Schedule After Amarnath Yatra

Amarnath yatra, the 46-day-long pilgrimage will begin from July 1  and would conclude on August 15, the day of Shravan Purnima.

The Commission said it will keep monitoring the situation in the state regularly based on inputs from all necessary quarters, and will announce the election schedule after the conclusion of the Amarnath Yatra. Amarnath yatra, the 46-day-long pilgrimage will begin on July 1 from both the Baltal and Pahalgam routes in the state. The Yatra would conclude on August 15, the day of Shravan Purnima. Also Read - Treat It As a Bitter Pill In Right Way: Supreme Court To Election Commission Over Madras HC's Murder Charges' Remarks

“The Commission will keep on regularly and on real-time basis monitoring the situation in Jammu and Kashmir, taking inputs from all necessary quarters and after the conclusion of Amarnath Yatra will announce the election schedule for the conduct of assembly election in Jammu and Kashmir,” the statement added. Also Read - Prohibit Victory Celebrations Urgently: EC Asks States As Party Workers Celebrate Poll Results

Earlier in April, when representatives of the Jammu and Kashmir government had met the EC, they had indicated their reluctance of holding polls to the state legislative assembly in the near future in view of the ongoing tourist season and the forthcoming Amarnath Yatra in the Valley.

However, during the meeting, the EC had rejected the assertion of the officials from Jammu and Kashmir that the situation in the state needs to be assessed before conducting the assembly polls.

The Commission was of the view that if the Lok Sabha polls could be held, there should be no issue in holding the elections to the state assembly.

The April meeting between J&K officials and EC top brass had taken place days after the three special observers appointed by the EC submitted their report on the possibility of holding assembly polls in the state after the Lok Sabha polls.

When the dates for the Lok Sabha polls were announced on March 10, the poll panel had decided against holding parliamentary and assembly polls simultaneously in the state. It had said that the situation in J&K was not conducive for holding assembly polls.

Since December last year, the state is under President’s Rule after a spell of six-month long Governor’s Rule which was imposed after the PDP-BJP government collapsed. The BJP withdrew support to the Mehbooba Mufti-led government on June 19, 2018. 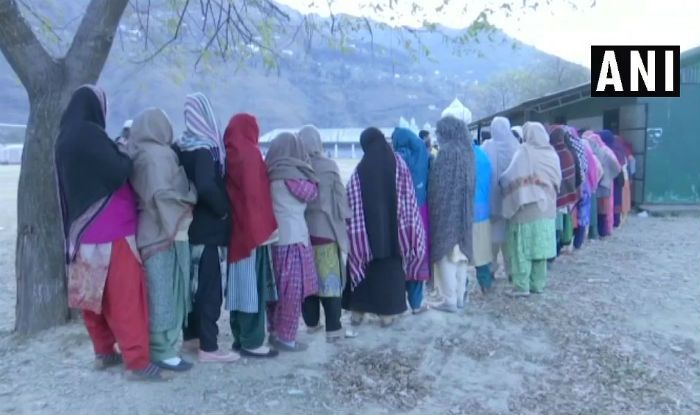 According to the proposed plan of Prime Minister Narendra Modi and Union Home Minister Amit Shah, the Valley could also witness fresh delimitation of Assembly constituencies based on population and area of the three regions, namely Jammu, Kashmir and Ladakh.

The Ministry of Home Affairs (MHA) is pondering over the appointment of a delimitation commission to study the Jammu and Kashmir Assembly constituencies and come up with its recommendations. Once the commission submits its report, the Home Ministry will take a decision on the scope and size of the Assembly constituencies and determine the number of seats to be reserved for the people belonging to Scheduled Castes (SC).

At present the state Assembly has 87 seats — 46 in the Kashmir Valley, 37 in Jammu region and 4 in Ladakh region.Under the constitution of the state, 24 seats are reserved for Pakistan-administered Kashmir which according to the state constitution is a part of Jammu and Kashmir.

Reports said the Jammu region was likely to get eight more Assembly seats, raising the number to 45, one less than the 46 the Kashmir Valley presently has.