Jammu and Kashmir government today said the preliminary assessment of cumulative losses due to floods in the state was in excess of Rs 1,00,000 crore and expressed hope that the Centre will go out of its way to provide succour to the affected people 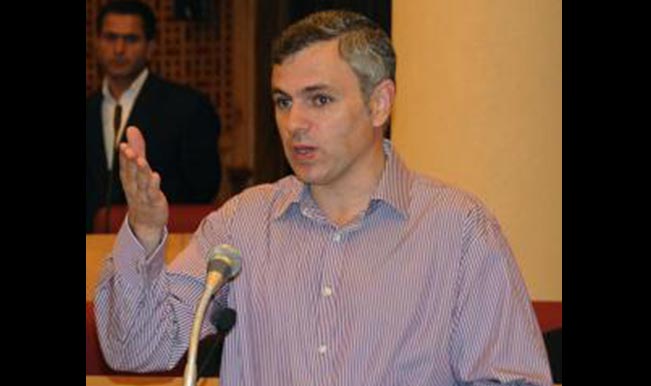 Srinagar, Sept 29: Jammu and Kashmir government today said the preliminary assessment of cumulative losses due to floods in the state was in excess of Rs 1,00,000 crore and expressed hope that the Centre will go out of its way to provide succour to the affected people. “The losses due to floods including the (private) businesses is in excess of Rs one lakh crore,” state Chief Secretary Mohammad Iqbal Khandey told reporters here. Also Read - Kashmir: 3 Terrorists killed in Encounter With Security Forces in Batamaloo

The Chief Secretary said the state government was in the process of preparing a detailed memorandum of losses due to floods which shall be submitted to the Centre by this weekend. “We are in the process of preparing the memo.It will be approved by the Cabinet and should be sent to the Centre by the weekend,” he said. Also Read - 'Revived Grassroot Democracy in J-K Despite Attempts by 1 Country to Derail This Process': India at Human Rights Council

“We are extremely optimistic that the Government of India will go out of its way to provide succour to the affected people,” Khandey said. He said Chief Minister Omar Abdullah has written a letter to the Union Government, requesting a special package for the rehabilitation of the flood affected people of the state. “We have requested Rs 5 lakh compensation for each fully damaged pucca house and Rs two lakh each for partially damaged pucca houses,” he said.

“The crop losses have been to the tune of Rs 5611 crore including Rs 1568 crore losses to the horticulture sector,” he said, adding 6.5 lakh hectares of land has been affected by the deluge. “Over 10,000 milch animals and 33,000 sheep and got perished in the floods,” he said. Khandey said Tourism infrastructure and government residential colonies have suffered losses to the tune of Rs 5,000 crore.

“These are all preliminary estimates. A detailed assessment is presently underway,” he said.

The Chief Secretary said 6,000 km of road length has been damaged while 3,000 water supply schemes were affected. In the power sector, he said 3000 sub stations were damaged while in the Flood Control, 6000 ongoing works were affected. “We have been able to temporarily restore some of the water supply schemes while electricity supply has been restored in over 90 per cent areas of the state,” he added.

Director General of Police K Rajendra Kumar, who was among several officers accompanying Khandey at the media briefing, said the department had suffered losses to buildings and equipment worth Rs 350 crores. He said the police department used all its resources to help the civil administration in rescue, relief and sanitation operations in the aftermath of the floods.

In the Health sector, Secretary Health Department Gazanfar Hussain said the department had incurred loss of Rs 268 crores but the department is going to procure some equipment at a cost of Rs 8.96 crore to enable basic functioning of the affected hospitals. Secretary CAPD Baseer Khan said the department has distributed 8300 tonnes of free ration following the floods while ration will be provided free of cost to 12.5 lakh affected families for six months.

“Over 2600 tonnes of ration and 2000 tonnes of sugar were damaged at Gulab Bagh store due to floods while two trucks are reported missing in transit as they did not reach the destinations,” he said.