Jammu and Kashmir registered its highest turn-out in assembly elections in the last 25 years with an estimated 65 percent of voters casting their votes, as the fifth and final phase of polling ended today. 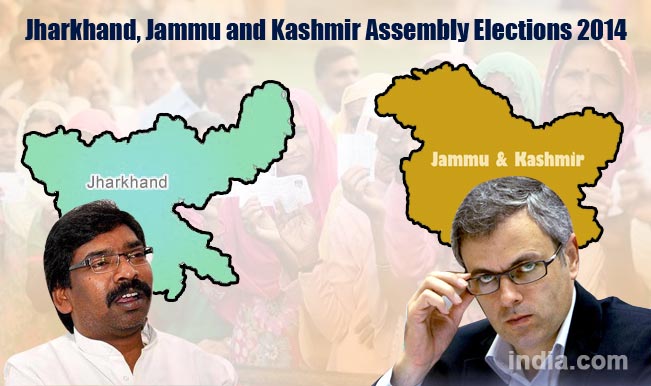 New Delhi, Dec 20: Jammu and Kashmir registered its highest turn-out in assembly elections in the last 25 years with an estimated 65 percent of voters casting their votes, as the fifth and final phase of polling ended today. Jharkhand, which also went to the polls along with J and K, broke all previous polling records to witness over 66 percent of turn-out in the five phases, bettering the previous mark of 54.2 percent in the 2004 assembly poll. Also Read - Parliament LIVE: 'I am Also Farmer, Want to Assure MSP Not Going to End,' Says Rajnath as he Addresses Media Over Farm Bills

Terming the overall polling percentage in J and K as “historic and unprecedented”, Deputy Election Commissioner Vinod Zutshi said the fifth and final phase of polling in the assembly elections today saw 76 percent of polling. Similarly, the last phase recorded over 71 percent of polling in Jharkhand, he said. “It has been the highest turn-out in the last 25 years. This has been a historic turn-out in the current elections… unprecedented and totally peaceful,” he said about J and K elections. Also Read - Farm Bills to be Tabled in Rajya Sabha Today; Oppn Puts United Front, BJP Seeks Support From Regional Parties | Top Points

The previous assembly elections of 2008 and 2002 had witnessed 61.42 per cent and 43.09 per cent respectively in J and K. The militancy-hit state has seen a quadrangular fight with ruling National Conference, main opposition PDP, BJP and Congress locked in the battle. Describing the year 2014 as an eventful year for EC, he said “never in the history of elections has a year recorded such a voter turn-out”, referring to a string of state Assembly elections and Lok Sabha polls held this year.