Netflix, Hotstar, Zomato , Zee 5 are some of the sites that have been unblocked in Valley.

New Delhi: The list of 153 whitelisted websites that can be accessed from various parts of Jammu and Kashmir does not contain the name of any social media or any television news channel or website, though there are live-streaming websites which livestream news channels. Also Read - Jammu and Kashmir: SMS, Voice Calls to be Restored For Prepaid Mobile Users a Week After SC Prod 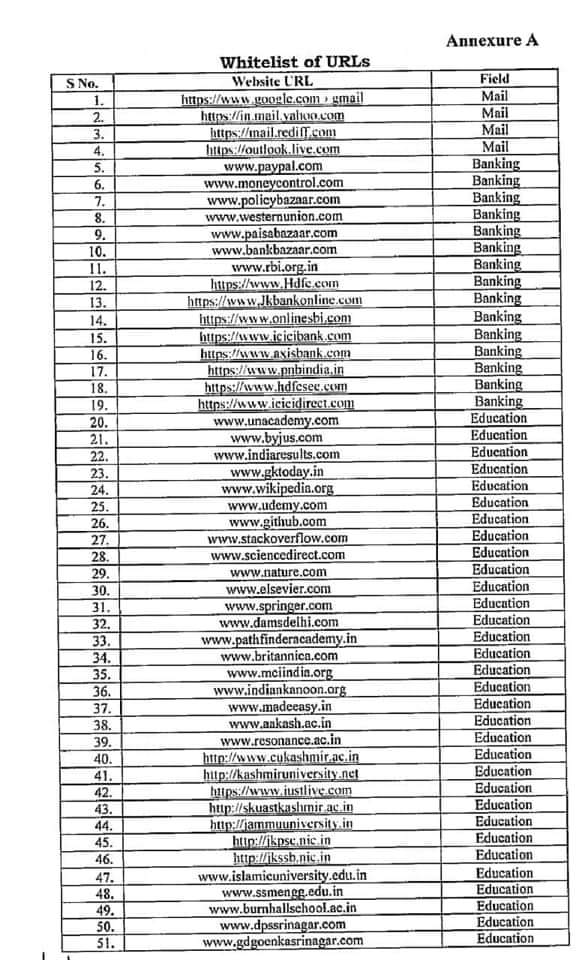 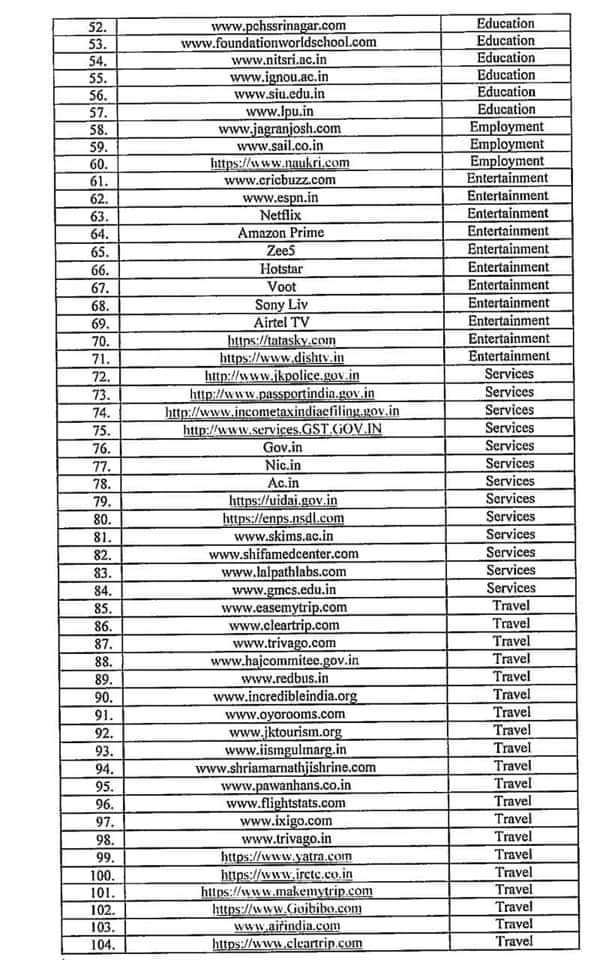 Also Read - 2G Internet, Broadband Services Restored in Jammu and Kashmir, But Only on Whitelisted Sites 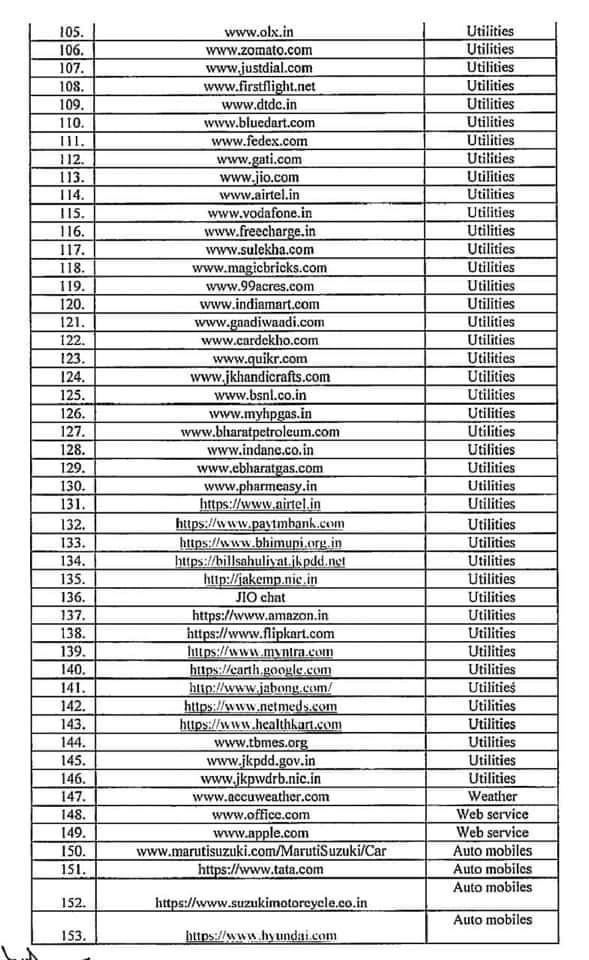 A week ago, the Supreme Court had asked the Jammu and Kashmir administration to review all prohibitory orders and upheld that access to the internet is a fundamental right under Article 19 of the Constitution.

Following the order, the J&K administration allowed mobile internet in a few parts and broadband in establishments providing essential services from January 15.

On Saturday, voice and SMS facilities to all local prepaid connections were restored. The Valley has been under strict communication lockdown since the move to revoke its special status was announced in August. While the connection is being restored in phase-wise, local leaders detained at that time are also being released.

“Further in order to consider, provision of mobile internet connectivity on such SIM cards, the telecom service providers shall initiate the process of verification of credentials for these subscribers as per available norms for postpaid subscribers,” principal secretary to Jammu and Kashmir government Rohit Kansal said on Saturday.