The Janata Parivar could be a major threat to BJP in Bihar and other states. Here's why... 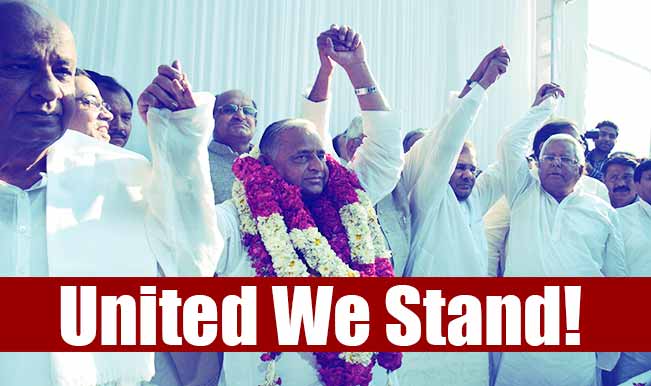 The new political front with all its power will take on the saffron party. Their strength will be tested in the Bihar Assembly Elections in the last quarter of 2015. Does the Janata Parivar have enough potential to stop the winning rath of the BJP? Also Read - New Farm Laws Are in Farmers' Interests, Misgivings Should Be Dispelled, Says Bihar Chief Minister Nitish Kumar

In the Bihar bypolls in 2014, the ‘grand alliance’ of Lalu and Nitish Kumar with the Indian National Congress dominated the BJP, winning 10 Assembly seats on August 21. Indeed, the victory in Bihar by-elections paved the way for the current merger.

The Janata Parivar could be a major threat to BJP in Bihar and other states. If we look at the numbers, the new front gives tough contest to the BJP. If Congress ties up with the Parivar, then the saffron party will find it difficult to encounter them.

The Rashtriya Janata Dal (RJD) got nearly 20 percent of the total votes while the JD(U) secured 12 percent in the Lok Sabha Elections 2014 from Bihar. If you add Congress’ eight percent votes to it, it would be 40 percent, slightly ahead of the 39 percent votes fetched by the BJP and its allies.