Though it was widely reported that she had recovered from her previous illness and was about to be discharged, her sudden death resulted in a lot of controversies peeping out.

New Delhi, Feb 24: From a movie star to the Chief Minister of Tamil Nadu, Jayalalithaa Jayaram was one woman with power and magnetism. Fondly known as ‘Amma’, Jayalalithaa passed away on December 5, 2016, following a massive cardiac arrest, leaving the whole of Tamil Nadu in a state of unrest. After two months of unrest, Tamil Nadu is ready to celebrate her first birth anniversary since her death in December 2016. She was born on February 24, 1948. On her 69th birth anniversary, the AIADMK is planning to plant 69 saplings.Also Read - Centre Urges States to Impose Lockdown-like Restrictions in Districts Reporting Positivity Rate Above 10%

From her death to Jallikattu, from the two camps – O. Panneerselvam and Sasikala Natarajan – fighting for the throne of Tamil Nadu, to protests across the state, from oil-spill at Ennore port to cyclone Vardah; the days following her death witnessed a lot of issues popping up keeping the state of Tamil Nadu on its toes. Everything, in one way or another, has managed to keep her state on the edge since her death. Also Read - Tamil Nadu Lockdown Update: Govt Extends Restrictions Till August 9, Check What’s Allowed, What’s Not

However, the biggest question that has still managed to crawl around is how exactly did she die? The late AIADMK chief was admitted to Apollo Hospital, Chennai, on September 22, 2016. Though it was widely reported that she had recovered from her previous illness and was about to be discharged, her sudden death resulted in a lot of controversies peeping out. Also Read - Breaking News Highlights: Ashwini Vaishnaw to Make Statement on Pegasus Case in Rajya Sabha Tomorrow

Today, on her first birth anniversary, let’s look at all the theories that remain unknown to the world:

On December 25, a leaked mail from a senior journalist stated that wrong medicines were prescribed to the deceased leader before she was hospitalised. The mail reportedly mentioned ‘off record’ details which raised doubts over the diabetes medicines that were given to Amma.

DMK’s MK Stalin had also expressed their concern about the mystery surrounding Amma’s death and why there was so much secrecy about her treatment. “I have been repeatedly saying Jayalalithaa’s treatment was shrouded in mystery. The truth will soon come out in public,” Stalin said.

While the power tussle between Panneerselvam and Natarajan was going on, senior AIADMK leader PH Pandian demanded a probe on Amma’s death recalling that there were heated arguments at Amma’s Poes Garden residence on the night she was hospitalised, September 22, 2016, and that she was pushed down by someone.

His son Manoj Pandian had also informed the media that Amma had been suffering from depression and had even shared her fear of being poisoned by someone. “Sasikala was not crying that day. I saw her on the hospital corridor along with a battalion of her relatives,” he told the media.

On Sasikala’s sacking by Jayalalithaa, Jeemon Jacobin in a Tehelka report mentioned that Sasikala was expelled because Jayalalithaa had found out that she was given sedatives and chemical substances that had small quantities of poison by a nurse appointed by her. 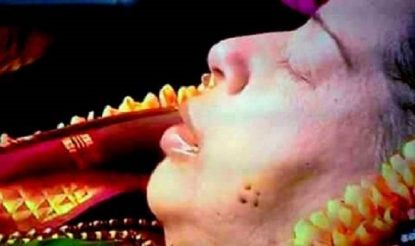 Four dots were reportedly found on the left cheek of Jayalalithaa after her dead body was put on a public display at the Rajaji Hall in Chennai. The image went viral on social media with claims that Amma underwent either leg amputation. However, when asked about those four dots on her cheek, Dr Richard Beale who was one of the doctors who treated Amma during her 75-day stay at the Apollo hospital said, “There was no amputation, no transplant at all. Marks on cheek- critically ill patients can have some marks in cheeks.”