Prime Minister Narendra Modi today said that Jharkhand has enormous potential to become the number one state in the country and batted for politics of development instead of politics of caste to take the state forward. 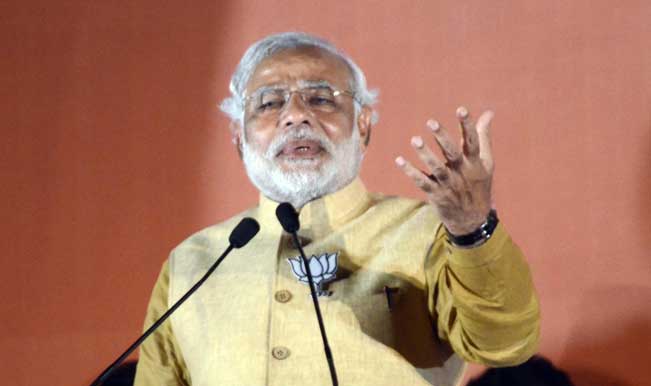 Jharkhand, he said, was not an ordinary state and has enormous potential to become number one in the country. “Jharkhand has the potential to attract others for jobs instead of people of the state migrating elsewhere,” the PM said, adding employment opportunities in the state would stop the youth from leaving their homes and old parents behind to eke out a living. Modi said he wanted to change the situation in the state by providing education and employment by setting up factories, making water available and providing electricity to villages. Also Read - PM Modi to Address All-party Meet at 10:30 AM Today | What to Expect

All families, he said, should avail Jandhan Yojana tagged with insurance. Urging people to vote for BJP in the on-going assembly polls, the prime minister said that if the party came to power not only the state government but also the Centre would work for Jharkhand’s development.