Polling will take place tomorrow in 20 constituencies in Jharkhand spread across seven Maoist-hit tribal districts in the second of the five-stage elections to the 81-member Assembly. 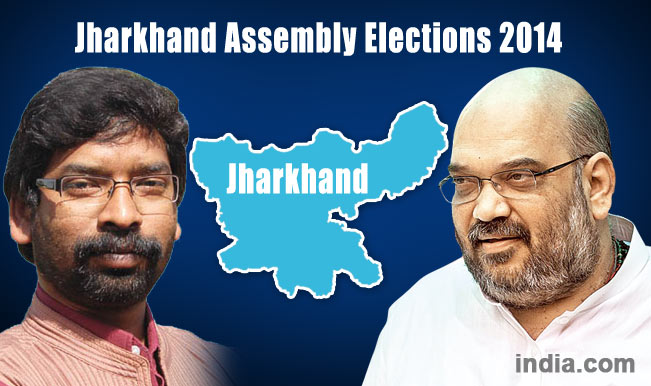 Ranchi, Dec 1: Polling will take place tomorrow in 20 constituencies in Jharkhand spread across seven Maoist-hit tribal districts in the second of the five-stage elections to the 81-member Assembly. Adequate security forces have been deployed in all the 20 constituencies, with 16 of them being reserved for tribals, and personnel have been asked to diligently follow standard operating procedures. Altogether 44,31,900 voters, including 21,72,982 women, are eligible to exercise their franchise in 5,048 polling stations across the seven districts to elect their representatives from among 223 candidates, including 35 women. (Read: Jharkhand Assembly Elections 2014: All you need to know) Also Read - 36-Year-Old Sadhvi Gang-Raped at Gunpoint in Jharkhand Ashram, Prime Accused Arrested

Former chief ministers Arjun Munda and Madhu Koda are among the candidates in the fray. The seven districts going to the polls area Seraikella-Kharsawan, West Singhbhum, East Singhbhum, Khunti, Simdega, Ranchi and Gumla. In the 20 seats which are going to polls in the second phase, BJP had eight MLAs, JMM five, Congress two and rest were held by Independents and other parties in the last Assembly elections. While a maximum 15 candidates are in the fray for Jamshedpur (West) constituency, minimum eight nominees are contesting from Kharswan, Majhgaon, Torpa and Jagannathpur constituencies each. Also Read - After Man Gets Trampled by Elephants in Jharkhand's Gola, Villagers Spend Nights on Trees

The BJP, Congress and JVM have fielded four women candidates each. The BJP is contesting in 18 seats in this phase, leaving two – Tamar and Jugsalai – for its pre-poll alliance partner, the Ajsu party. The Jharkhand Vikas Morcha (JVM-Prajatantrik) and Trinamool Congress are contesting in a pre-poll alliance, with the JVM-P fielding candidates in 18 seats, conceding two seats to the TMC.

Despite running the state government after snapping ties, the JMM and Congress are contesting against each other in all the 20 constituencies. Polling for 13 Assembly constituencies in the first phase had taken place on November 25 with a 62 per cent turnput. Leader of Opposition in the Assembly and former chief minister Arjun Munda is contesting for the fifth time from the Kharsawan seat as a BJP candidate.

Another former chief minister, Madhu Koda, who had ruled the state for the maximum period of 23 months as an Independent MLA and had headed a Congress-JMM-RJD combine UPA, is in the fray from Majhgaon on a Jai Bharat Samanta Party ticket. Koda’s former cabinet colleague Anosh Ekka, who is fighting from Kolebira constituency, is in judicial custody in connection with the killing of a para-teacher. Ekka’s wife Menon Ekka is contesting from Simdega.

Incumbent Agriculture minister Banna Gupta (Jamshedpur -West), HRD minister Geetashree Oraon (Sisai) and Industry minister Champai Soren (Seraikella) are in the fray for re-election. While polling will begin at 7 AM and continue till 5 PM in Jamshedpur (East) and Jamshedpur (West) constituencies, the elections will end at 3 PM in the other 18 seats.