BJP was set to give Jharkhand its first single party government while Jammu and Kashmir was headed for a hung assembly with PDP emerging as the single largest party. 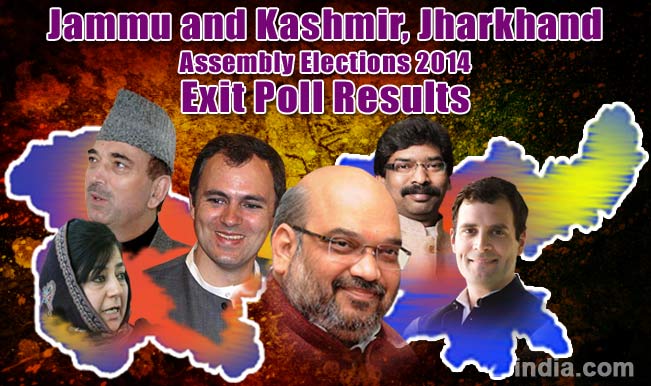 BJP was set to give Jharkhand its first single party government while Jammu and Kashmir was headed for a hung assembly with PDP emerging as the single largest party. The exit poll results after the final phase of five-phase Assembly Elections on Saturday gave the saffron party a clear majority in Jharkhand. Also Read - Despites Issues, Apple Growers in Kashmiri Get Double Rates as They Revive Old Market Chains

The last phase of five-phase polling in Jammu and Kashmir & Jharkhand came to an end on Saturday with the exit polls signalling a big surge for the Amit Shah-led Bharatiya Janata Party (BJP) in both states. After a humiliating defeat in Lok Sabha Elections 2014 and subsequent elections in Haryana and Maharashtra Assembly Elections, there is no respite for Indian National Congress (INC) as it is slated to lose big in Jharkhand and Jammu and Kashmir, says several survey agencies. December 20 marks the end of historic elections as the voter turn-out was in record numbers. The results of the elections will be declared on December 23, Tuesday. We take a look at the likely scenarios: 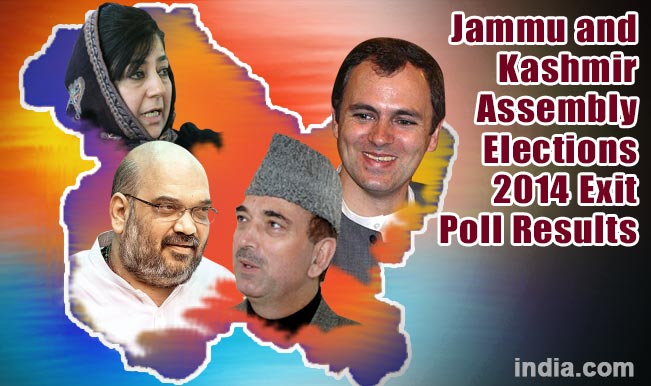 Article 370 was one of the major factors in 2014 Jammu and Kashmir Assembly Elections. The negative sentiments against the incumbent government in context to relief operations after floods seem to have played another factor this time. Pakistan infiltrations have always been a poll-deciding factor in the J & K region. Another interesting factor to take note of this time would be of the prevalent Modi wave in country. We take a look that will Modi-factor be a decisive factor in J & K or has it fizzled out?

1. According to the C-Voter exit polls 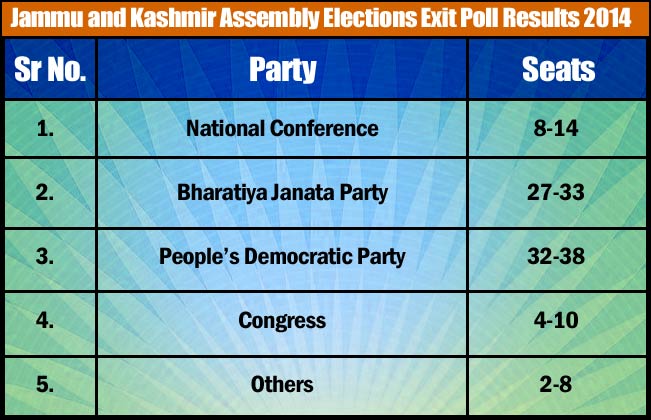 The Jammu and Kashmir Assembly will be a hung assembly as no party seems to reach the majority mark. People’s Democratic Party (PDP) led by Mehbooba Mufti has emerged as the single largest party as it is slated to win 32-38 seats. BJP-led by Amit Shah that was top-billed to form the government is placed second as it is predicted to win 27-33 seats. The ruling National Conference party is placed third as it is projected to win 8-14 seats. The already decimated Congress will win only 4-10 seats, if the C-Voter exit polls are to be believed.

2. According to the Axis-APM exit polls 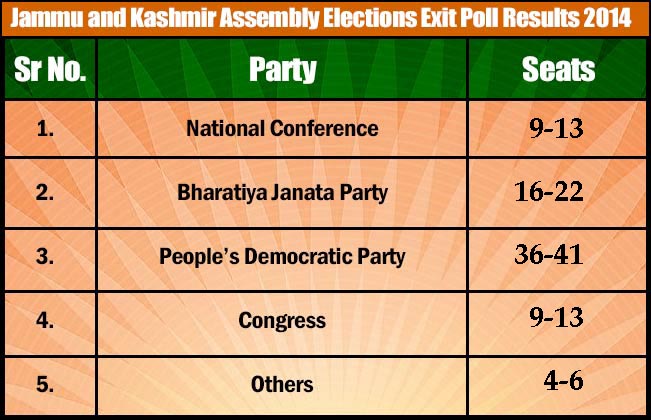 The PDP will emerge as the single largest party as it is projected to win 36-41 seats. The second placed saffron party (BJP) is predicted to win 16-22 seats. Both National Conference and Indian National Congress are likely to win 9-13 seats each if the results of Axis APM polls are to be true. 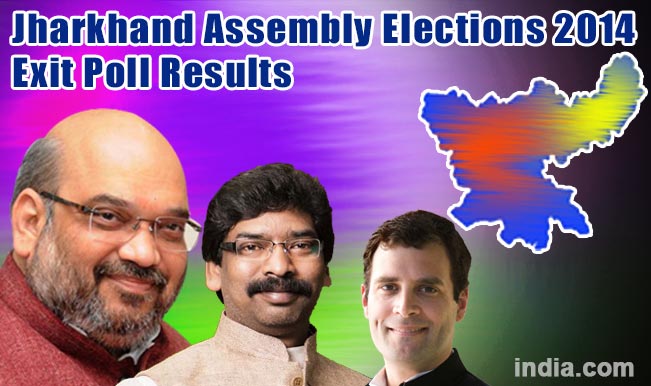 Corruption, nepotism, naxalism, and development were the major factors in Jharkhand Assembly Elections 2014. Earlier this year, Jharkhand CM Hemat Soren being booed at a public function where PM Narendra Modi was present gave a sniff to the fact that the Modi wave will be a deciding factor in the upcoming assembly elections. BJP scored brownie points before the elections as they managed to have a tie-up with AJSU. Did the people of Jharkhand voted for the anti-incumbency factor, or did Modi wave play a part, we take a look at some of the exit polls by the survey agencies.

According to the Aaj Tak-Cicero exit polls 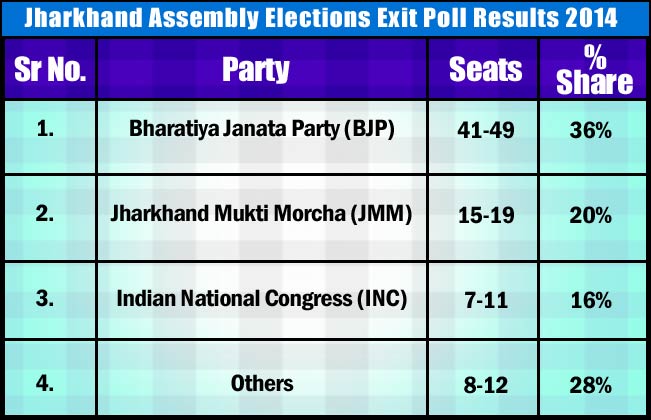 The BJP is headed towards a clear majority in the state as it is predicted to win 41-49 seats. The ruling JMM party is second placed as it is slated to win 15-19 seats. Other parties in the state are said to win 8-12 seats; whereas the Congress party faces a near-wipeout as it projected to win 7-11 seats, if one goes by Aaj Tak-Cicero exit polls. Going by the vote share, the BJP is likely to secure 36 percent votes, while the second placed JMM will win 20 per cent votes. Other parties in the state are likely to garner 28 per cent vote share while the Congress is slated to win 16 percent of seats only.

2. According to C-Voter exit polls 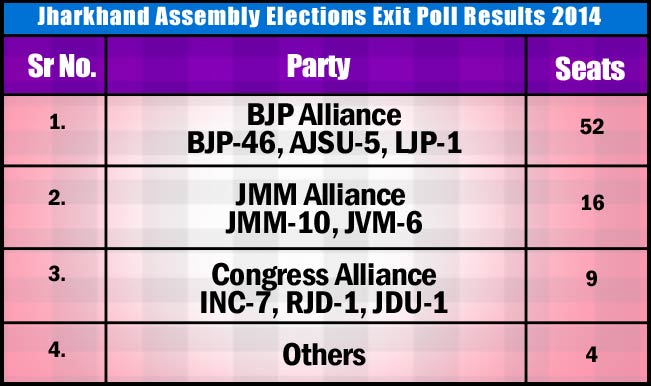 The BJP alliance will easily cross the 50-seat mark in Jharkhand. As per the survey agency, BJP+ will win 52 seats in which 46 seats will be won by BJP, five seats by AJSU, one seat by LJP. The JMM alliance will be on second place as it is predicted to win 16 seats. Of the 16 seats, 10 will be won by JMM, while the remaining six is slated to won by Jharkhand Vikas Morcha (JVM). Congress’ alliance is languishing on the third place as the survey agency has predicted it to win only 9 seats. Out of 9 seats, seven will be won by Congress whereas Rashtriya Janata Dal (RJD) and Janata Dal (United) will win one seat each. Other parties in the state are predicted to win 4 seats only.

3. According to Today’s Chanakya exit polls 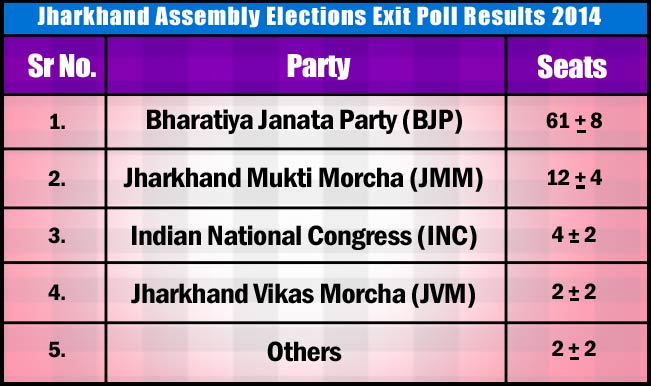 The BJP is expected to cross the 60-seat mark as it is predicted to win 61 ± 8 seats. JMM is placed second as it slated to win 12 ± 4 seats. Congress will be third as per Todays’ Chanakya as it is projected to win 4 ± 2 seats. JVM and Other parties in the state are on fourth and fifth position respectively as both are predicted to win 2 ± 2 seats.

In a nutshell, if the Jammu and Kashmir, Jharkhand exit poll results by several agencies are to be true, then the BJP is headed for a clear majority in the Jharkhand, while it going to be the second placed party in Jammu and Kashmir. After humiliating loss in the past elections this year the Congress party seems to have fallen further. Even though PDP seems to be a clear winner in Jammu and Kashmir, it will fall short of the majority mark of 44-seat. The Narendra Modi-factor has failed to impress the people in Jammu and Kashmir, whereas the development agenda has worked in favour of BJP in Jharkhand.

It is well known that the exit polls are the near-results of the elections and not the actual results. The doomsday for all the parties is December 23, and it is only the matter of 72 hours when the detailed results of Jammu and Kashmir & Jharkhand Assembly Elections 2014 will be declared. The counting of votes will begin from 8 am on December 23.

Watch this space for extensive coverage of the Jharkhand, Jammu and Kashmir Assembly Elections 2014.