Since the early trends around BJP have showed a steep in the seats in Jharkhand. 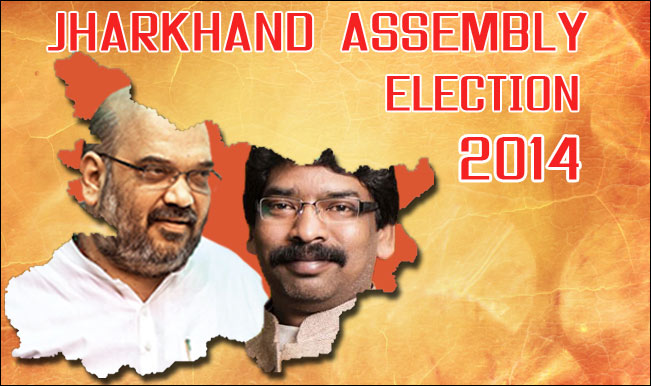 Bharatiya Janata Party seems to be on course to forming a government in Jharkhand. With a clear sweep till now in Jharkhand, The party position at 9.30 am shows BJP leading with 29 seats, Jharkhand Mukti Morcha(JMM) with 15 seats, Jharkhand Vikas Morcha (JVM) with 5 seats and Congress with 6 seats. Stephen Marandi (JMM) leading by 428 votes over his nearest BJP rival Devidhan Tudu from Maheshpur (ST) seat after the completion of the first round. Amit Kumar (JMM) leads by over 1000 votes over his nearest Ajsu party candidate Sudesh Kumar Mahto from Silli. Also Read - Doctors Remove 6.8 Kg Hairball From Jharkhand Teenager's Abdomen After She Excessively Chewed Hair For Years!

Since the early trends around BJP have  showed a steep in the seats in Jharkhand. And the figures indicated that the Amit Shah-led Bharatiya Janata Party will be reaching the majority mark of 42 seats. At 8.45 am, Hemant Soren was also  leading in Barhait seat and former CM Madhu Koda trailing with 3000 votes. Also Read - Delhi Commission For Women Rescues Teenage Girl Trafficked From Jharkhand Years Ago

Exit Polls have favoured that the saffron party is set to replace the incumbent JMM-Congress government in the state. Jharkhand will see a single party government in 14 years. The record turnout speaks volumes of the fact that the people of Jharkhand chose ballots over bullets. Read: Jammu and Kashmir, Jharkhand State Assembly Election Results 2014 Live News Update: BJP ahead in Jharkhand, in close contest with PDP in J & K

According to the Election Commission of India, the 2014 Assembly Elections in Jharkhand witnessed the highest voter turnout in the last 25 years. The last time Jharkhand’s electorate voted in Assembly Elections held in 2009, Hemant Soren-led JMM party emerged as the joint-largest party with BJP, as both won 18 seats.

Relations were strained between Congress and JMM before the elections, whereas on the other hand, the BJP allied with All Jharkhand Students Indian Union (AJSU). The exit polls predict a majority for BJP whereas the times ahead for both JMM and Congress are surely not easy going.

It is to be seen that will the Narendra Modi factor work for the BJP again? Or will the JMM and Congress be able to stop the BJP juggernaut after the saffron party won big in Haryana and stunned everyone as they emerged as the largest party in Maharashtra.

The full results will be out by evening and a clearer picture as to which party will form the next government will be known. Stay tuned for live updates of the Jharkhand and Jammu and Kashmir Assembly election results here.