Bihar Chief Minister Jitan Ram Manjhi has claimed that his party JD-U's stand of dumping the BJP last year, in protest against the latter appointing Narendra Modi as its prime ministerial candidate, has made no difference to the growth story in Bihar 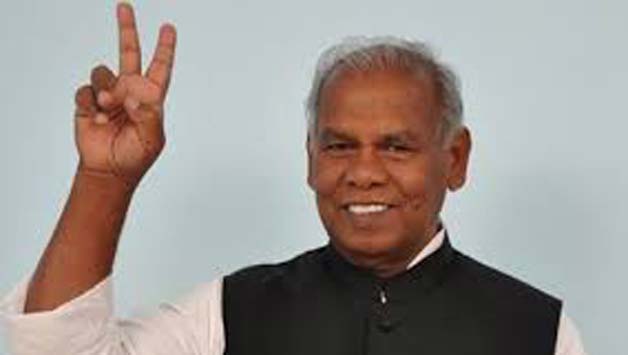 London, Sep 23: Bihar Chief Minister Jitan Ram Manjhi has claimed that his party JD-U’s stand of dumping the BJP last year, in protest against the latter appointing Narendra Modi as its prime ministerial candidate, has made no difference to the growth story in Bihar. Speaking exclusively to RAY after delivering a lecture at the London School of Economics (LSE), Manjhi, clad in crisp white dhoti and kurta with a black waistcoat, said: “Economic growth in Bihar is as high as it was when we (JD-U) had an alliance with BJP and (it) will go higher.” Also Read - Tougher Fines For Breach of COVID-19 Quarantine Come Into Force Across England

He added: “It was BJP’s propaganda that economic growth had slowed down in Bihar after it left the state government.” Asked about JD-U’s current coalition with Lalu Prasad’s Rashtriya Janata Dal (RJD) and the Congress, the chief minister stated: “This is a new partnership, which was necessary to counter communal forces (read BJP), which had emerged by chance.” Also Read - Karnataka Bandh: Police Detain Congress, JD(S) Workers Protesting Against Farm Laws; CM Yediyurappa Says Doors of APMC Still Open

Manjhi utilised the invitation to speak at the LSE to appeal for investment in Bihar, which he described as “India’s poorest state” but now “the fastest growing state in the country”. He stressed his state needs “skills and scientific farming”. His simplicity and sincerity drew loud applause.

Describing the situation in Bihar since a JD-U-led government entered office in Bihar in 2005 as a “resurrection”, he gave credit to Nitish Kumar, his predecessor, for the achievement. Kumar resigned after the JD-U’s poor performance in last May’s general election to concentrate on party work and forge cooperation with the RJD and Congress, which resulted in turning the tables on BJP in by-elections in the state in August.

On his maiden visit to the British capital, Manjhi remarked he loved London and was impressed by its cleanliness. He returns to India Thursday.