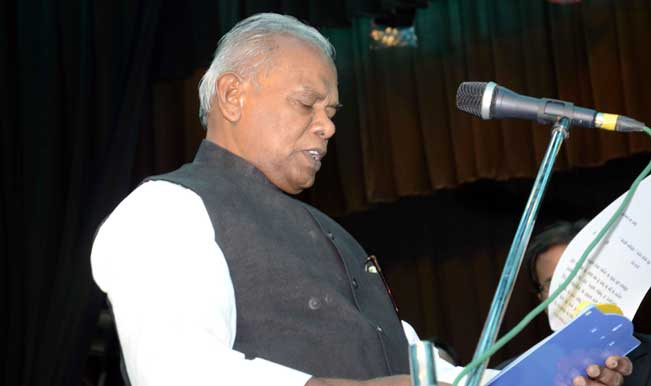 Patna, Nov 19: Chief Minister Jitan Ram Manjhi Wednesday said the seven union ministers hailing from Bihar would not be allowed to enter the state if they fail to help in the state’s development. “All the seven union ministers from Bihar should help in the development, otherwise they would not be allowed to enter the state,” he said at a function here. The seven union ministers from the state are Ram Vilas Paswan, Ravi Shankar Prasad, Rajiv Pratap Rudy, Radha Mohan Singh, Giriraj Singh, Ram Kirpal Yadav and Upendra Kushwaha. Also Read - Bihar Assembly Elections: 'Nitish's Behaviour Towards Chirag Unfair', Tejashwi's Sympathy Note For LJP Chief

“I appeal to all union ministers from Bihar to ensure allocation of funds for roads construction and thousands of houses for poorest of the poor under Indira Awas Yojna,” Manjhi said.