Minister of State for Development of the North Eastern Region (DoNER) Dr. Jitendra Singh has ordered a probe into the alleged misappropriation of over Rs.900 crores by the Government of Arunachal Pradesh. 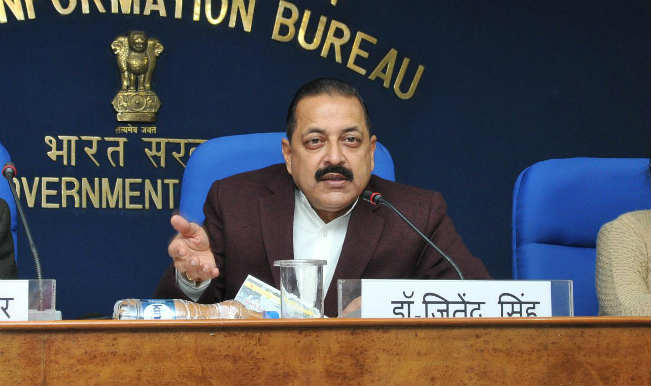 New Delhi, May 26: Minister of State for Development of the North Eastern Region (DoNER) Dr. Jitendra Singh has ordered a probe into the alleged misappropriation of over Rs.900 crores by the Government of Arunachal Pradesh. A representation submitted by 11 MLAs from Arunachal Pradesh has alleged embezzlement, misappropriation, corruption and siphoning of government funds through several central schemes related to Non-Lapsable Central Pool of Resources (NLCPR) and the North-Eastern Council (NEC). (Also read: BJP has always followed policy of zero-tolerance towards terrorism’: Jitendra Singh) Also Read - Nitish Kumar's JD(U) Receives Big Jolt in Arunachal Pradesh as Six Out of Seven MLAs Join BJP

It further states that the state government was responsible for the misuse and misappropriation of central funds released against projects sanctioned during 2011-12 to 2014-15. In response to the representation, Dr. Jitendra Singh directed the secretary of the DoNER ministry to immediately collect all the relevant information and institute an inquiry into the status and progress of these projects. He has asked the DoNER ministry officials to immediately take cognizance of the complaints, furnish all the details and fix accountability. The MLAs who signed the complaint included Leader of Opposition in Arunachal Pradesh Legislative Assembly Tamiyo Taga, Deputy Leader of Opposition Japu Deru, Er.Tage Taki, Er.Tumke Bagra, Tamar Murtem, Dr.Mohesh Chai, Laisam Simai, Tesam Pongte, Kaling Moyong, Kento Rina, and Olom Panyang. Also Read - Voting Underway For Arunachal Panchayat, Local Body Elections

They have alleged that the present government in the state has grossly misused and siphoned off central funds due to which a majority of projects have not been completed and are behind schedule. They further alleged that the funds had been whimsically diverted and used under Non-Plan Heads. This was the reason why the state government was unable to furnish ‘Utilization Certificates’ against the funds released under the scheme. Singh also expressed concern over the fact that the Arunachal Pradesh Government had failed to release the matching state’s share either in full or in part as a result of which as many as 15 projects are running behind schedule and Utilization Certificates were pending in 20 cases.