Jitendra Singh: There will be no delay in appointing CIC, CVC

Minister of State in the Prime Minister's Office Jitendra Singh on Saturday rejected the charge that the government is delaying the appointments of the chiefs of the Central Information Commission (CIC) and Central Vigilance Commission (CVC). 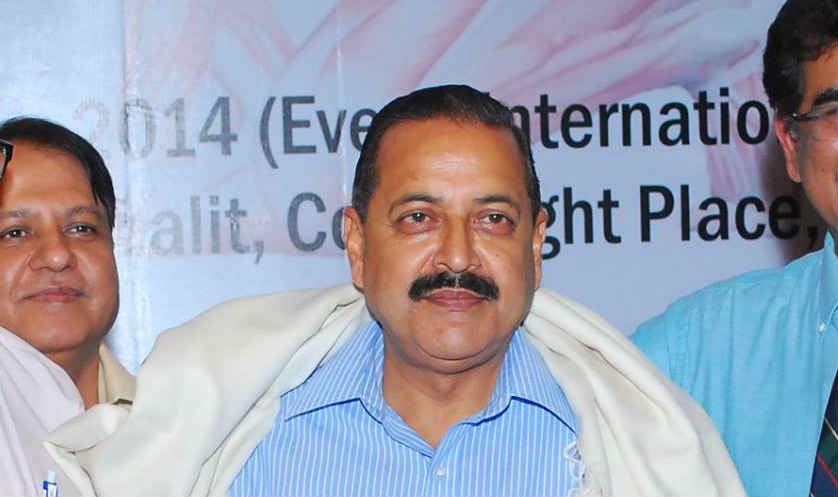 New Delhi, May 23 : Minister of State in the Prime Minister’s Office Jitendra Singh on Saturday rejected the charge that the government is delaying the appointments of the chiefs of the Central Information Commission (CIC) and Central Vigilance Commission (CVC).”I think this thing has been time and again reiterated both inside and outside the Parliament. As somebody looking after the department of DoPT, I can testify that there has been no delay, if at all, on account of any reason from Government or DoPT. For example, as far as the CVC was concerned, there was an intervention from the court that every step of the process has to be brought in the notice of the court, and therefore, we were bound to wait for the date of the appearance,” Singh told ANI. (Also read: Jitendra Singh condemns Syed Ali Shah Geelani’s waving of Pakistan flag at Tral rally) Also Read - Common Eligibility Test to be Conducted Online From Next Year For Select Govt Recruitment

“As far the CIC is concerned, earlier the practice was that whenever the chief information commissioner was retired, the senior most information commissioner would automatically become the CIC. But in order to bring in more transparency, we have decided to put out an advertisement so that seniority is not the only basis, and other considerations, based on calibre, aptitude etc are also taken into account,” he added. Singh’s clarification came shortly after Prime Minister Narendra Modi discussed the issue with key ministers and opposition Congress leader Mallikarjun Kharge at his official 7, Race Course Road residence. Also Read - Jammu And Kashmir: Voting Underway In 2nd Phase of DDC Polls Amid Tight Security

“Suggested that a short list be made, on which a discussion can happen. Another meeting shall be called in the first week of June,” said Kharge. Besides Kharge, Union Home Minister Rajnath Singh, Union Finance Minister Arun Jaitley, Minister of State for PMO Jitendra Singh attended the meeting. The post of the Chief Information Commissioner has been lying vacant for over nine months after Rajiv Mathur’s term ended in August last year. There is also a vacancy of three Information Commissioners in the CIC while previous Central Vigilance Commissioner Pradeep Kumar completed his term in September last year.