Names of two WhatsApp groups ‘Unity Against Left’ and ‘Friends of RSS’ have been linked to JNU violence. Delhi Police, which has blamed Left unions and ABVP for the violence, is probing whether the WhatsApp groups have something to do with January 5 violence.

New Delhi: A WhatsApp group was created against Left students’ union on the very day when violence broke out in Jawaharlal Nehru University — on January 5. Named ‘Unity Against Left’, the Whatsapp group has 60 members. The SIT probing the violence has already identified 37 of them. Also Read - JNU Violence: Activist Students Creating Atmosphere of 'Terror' Inside Varsity Campus, Says V-C M Jagadeesh Kumar

Interestingly, not all of the members of the Whatsapp group belong to the university. Also Read - JNU Row: 'Have Addressed Basic Demand on Fee Hike,' Says HRD; Urges Students to Withdraw Agitation

Here’s the list: Also Read - 'Inspires us to Take Stock of What is Truly at Stake': Raghuram Rajan on Deepika's Silent Protest Against JNU Violence 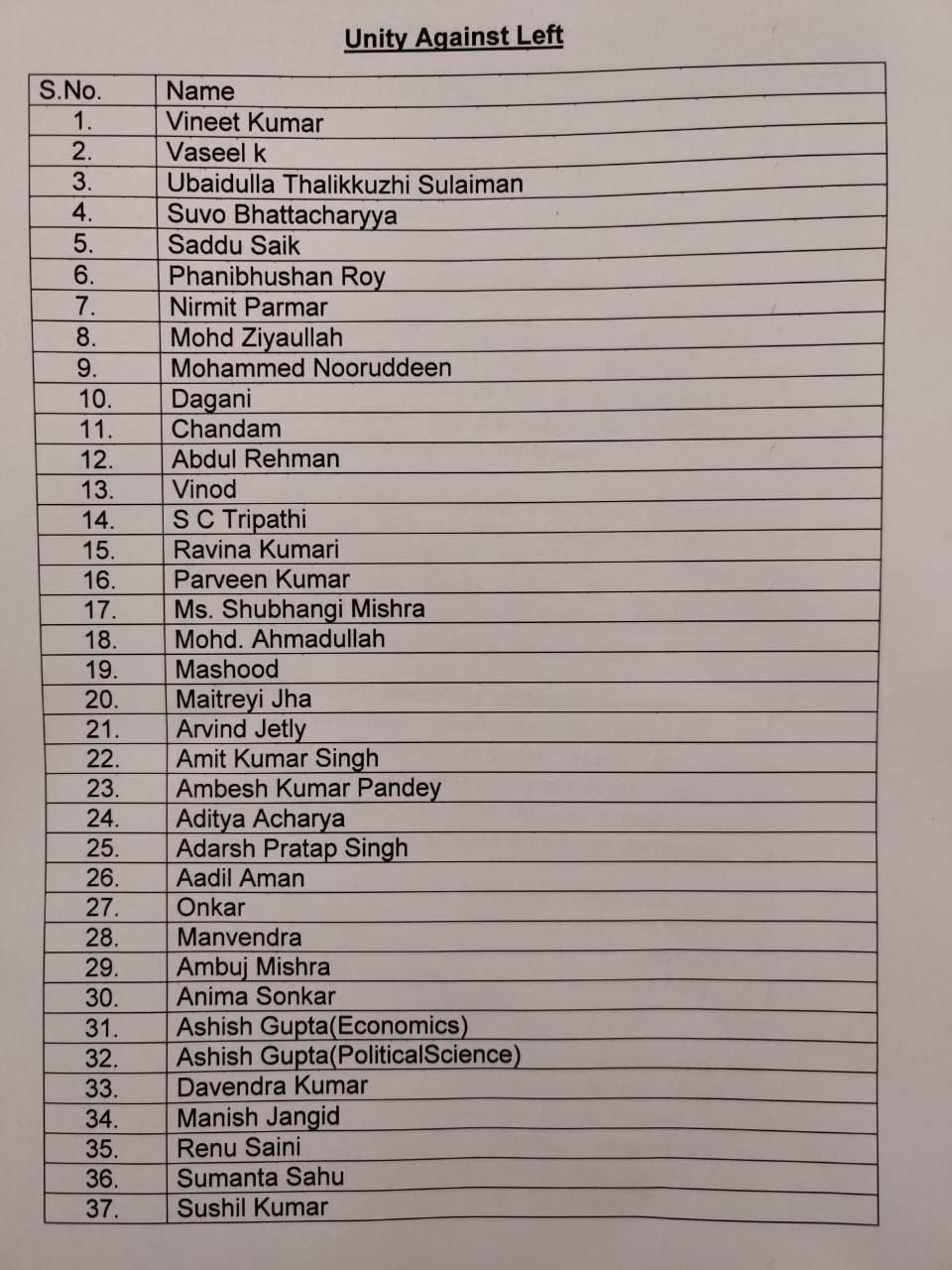 This is not the only Whatsapp group that has come to the fore regarding JNu violence. Three professors of JNU on Friday approached the Delhi High Court seeking directions to preserve data, CCTV footage and other evidence relating to the January 5 violence at the varsity campus. The petition also sought directions for preservation and retrieval of all material/evidences available with WhatsApp INC, Google INC and Apple INC pertaining to relevant data of WhatsApp groups ‘Unity Against Left’ and ‘Friends of RSS’ including messages, pictures, videos and phone numbers of the members, in connection with the violence at JNU.

And here, the friends of RSS are plotting to destroy JNU pic.twitter.com/IAmip24Ugn