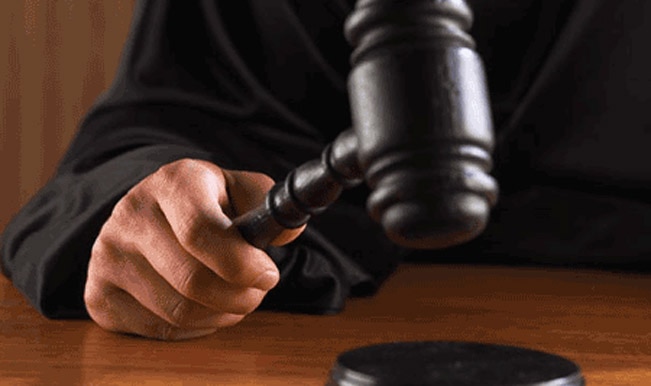 New Delhi: The National Judicial Appointments Commission Bill, 2014, facilitates setting up of a commission for appointment of judges, replacing the 20-year-old collegium system has passed with majority. Also Read - Akshay Kumar To Visit Ayodhya As He Kick-Starts Ram Setu Shoot This Week, Says 'It Is a Bridge Between Generations'

The constitution amendment Bill for the appointment of judges of the Supreme Court which was passed in Lokh Sabha has cleared its way with 179 votes in Rajya Sabha. However, Ram Jethmalani was absent to favour the bill. The bill will come into force after ratification by 50 percent of the state legislatures. The collegium system of judges choosing judges will be changed in the coming months. Also Read - Parliament Updates: On Farm Laws, PM Modi Tells Opposition 'Ab Zyada Ho Raha Hai', Congress Stages Walkout

Law Minister Ravi Shankar Prasad said that the measure is not being brought in haste as there have been several committees in the past that have recommended for bringing a change in the collegium system of appointing judges. He added “Why is Parliament wary of using its powers? Parliament must have full trust in the ability of Parliament to pass the law”. As per the bill, President has the power to appoint the judge. Prasad said, “This House respects the independence of the judiciary and this House also respects the power of Parliament.”

The appointment of eminent persons on the all-important Judicial Appointments Committee, he said, they will be appointed by the Prime Minister, the Chief Justice of India and the leader of the opposition or largest opposition party in the Lok Sabha. He said, “Should we not trust their collective wisdom. If they can govern the country well, they can select eminent persons as well.”

The 99th Constitution Amendment Bill seeks to lay down the architecture for setting up of the National Judicial Appointments Commission (NJAC) through another bill, aimed at overturning the two-decade-old collegium system of appointing judges in the Supreme Court and High Courts.

There are 266 vacant positions and it is likely to be recruited as soon as the commission has setup. The Supreme Court, which has a sanctioned strength of 31, also has one vacancy.  The appointment of the judges is expected to speed up as there are considerable numbers of legal cases pending.

Along with NJAC bill, the 99th Constitution Amendment Bill, which seeks to confer Constitutional status to the proposed Commission, was passed by 367 in favour and none against. The Constitution amendment bill will grant Constitutional status to the NJAC and its composition. Under the statute amendment bill, the Chief Justice of India will head the NJAC. Besides the CJI, the judiciary would be represented by two senior judges of the Supreme Court. Two eminent personalities and the Law Minister will be the other members of the proposed body. The prominent persons, one of whom will belong to either of SC/ST, OBC, minorities or a woman, will be selected by a panel of Prime Minister, Chief Justice of India and the leader of the opposition in the Lokh Sabha or the leader of the largest opposition party in the lower House.

“The balancing act is to let this power be collectively exercised,” he said so that the best judges can be recommended and appointed for the higher judiciary. “We are restoring the spirit of the Constitution…while maintaining the primacy of the judiciary,” he added. “Today judges appoint judges and they will probably take the views of the Executive. There is only a marginal role of the consultation with the executive. There is hardly any role that the Governor and Chief Minister has and if the Executive has a contrarian view and there is strong reason for that contrarian view and it conveys to to the judiciary…It is considered as a view not taken,” he said.