Commending the Modi government for a reform-full first year, top banker K V Kamath has said that lower inflation and moderating commodity prices also paved the way for policies to become more supportive of the growth 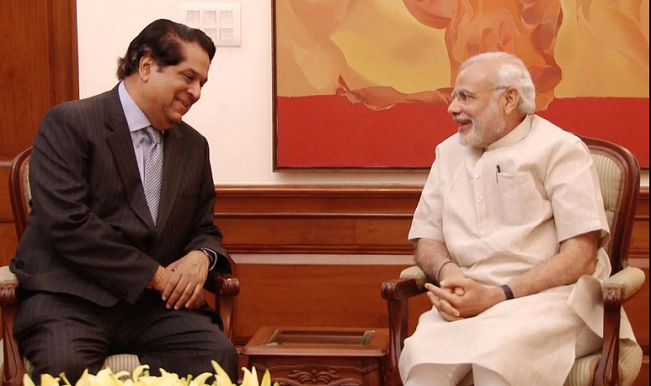 New Delhi, May 31: Commending the Modi government for a reform-full first year, top banker K V Kamath has said that lower inflation and moderating commodity prices also paved the way for policies to become more supportive of the growth. Kamath, who has been nominated by India as the first chief of USD 100-billion BRICS Bank, also said that various policy and administrative measures announced by the new government would bear fruit over the medium term and the steps that have been taken are “clearly in the right direction”. He said that the long-term impact of various reforms announced by the Modi government over the past year will reap rich dividends for the country and for its ability to achieve and sustain high rates of growth. (Also Read: Narendra Modi: Want to create army of poor against poverty) Also Read - Centre Revises Guidelines For International Arrivals Amid Omicron Threats | SOPs HERE

Showering fulsome praise on the NDA government, which assumed office a year ago on May 26, 2014, Kamath said that “the decisive mandate in the general elections was a very positive development for the economy.” “The immediate impact was felt in the form of a strong improvement in sentiment,” he said. In his annual letter to shareholders as Chairman of ICICI Bank, Kamath further said, “The economy also benefited from the sharp drop in commodity prices globally. Lower inflation and moderating commodity prices paved the way for the policy framework to become more supportive of growth.” Also Read - Nepal To Ban All Passengers Arriving from South African Countries Amid Omicon Concern

He said India’s inherent strengths include demographic dividend and its vast investment potential, which has the country “on a high growth path for several years, before we experienced a sharp and sustained slowdown due to a combination of domestic and global factors”. “In fiscal 2015, we saw renewed confidence that India’s growth potential would be realised on a sustainable basis, as the necessary policy and administrative measures would be put in place to harness the underlying growth drivers.

“Over the last year, the government has taken a number of important steps in this direction. There has been a focus on improving governance, enhancing the ease of doing business, creating a conducive environment for investment by both international and domestic participants, and adopting a stable and prudent fiscal policy. “At the same time, the Government has sought to bring about the engagement of more and more people in the economic mainstream,” he said.

Kamath further said that the new government has taken a number of steps to kick-start the economic recovery process. “There has been good progress towards easing of bottlenecks related to clearances of projects. Among others, the auctions for coal blocks and telecom spectrum allocation are key positive developments in this direction,” he said.