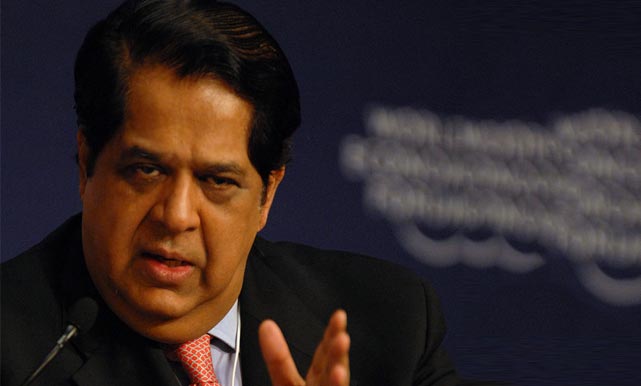 New Delhi, Jun 4 :  Seasoned banker K V Kamath is likely to take charge as first president of New Development Bank (NDB), promoted by BRICS nations, in the first week of the next month. “He will be visiting China next week and is likely to formally assume charge of President in early July,” a finance ministry official said. Also Read - NDB, ISA tie up, inks joint declaration to promote solar energy

Last month, the government had announced appointment of Kamath as the first president of the USD 100-billion BRICS Bank named NDB. Kamath, 67, will have a five-year term at the institution, which is likely to be operationalised within one year. He has an experience of working with multi-lateral funding agency, Asian Development Bank, Manila, in the Private Sector department in 1988 after serving at ICICI for more than a decade. (ALSO READ : K V Kamath showers fulsome praise on Narendra Modi government for 1st year reforms) Also Read - Sushma Swaraj launches veiled attack on Pakistan at UNGA

His principal work at ADB was in various projects in China, India, Indonesia, Bangladesh and other emerging nations. Leaders of the emerging economies of Brazil, Russia, India, China and South Africa (BRICS) had last year reached an agreement to establish the NDB, with its headquarters in Shanghai. As per the agreement, India got the right to nominate the first president.

The BRICS nations account for nearly USD 16 trillion in GDP and 40 per cent of the world’s population. The bank will start with initial capital of USD 50 billion with each BRICS country contributing USD 10 billion, while its authorised capital is USD 100 billion. India is hoping to get more funds for infrastructure development from the bank. Equal capital contribution has been decided so that the development bank does not fall into the ownership pattern of IMF and the World Bank with a distorted shareholding.